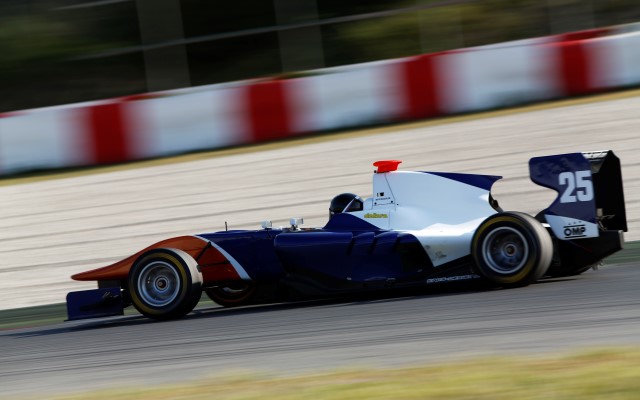 Trident have confirmed that Denis Nagulin will drive for the team in this weekend’s GP3 season opener in Barcelona.

The Russian driver joined the Italian squad for the pre-season tests in Jerez and Barcelona and will now continue in the third car alongside?Victor Carbone and?Roman de Beer for the first race meeting.

The team have not yet confirmed whether Nagulin will do the entire season.

21-year-old Nagulin moves up to GP3 after two years in the F3 Open with Campos Racing, where he finished 21st and 19th in the standings respectively. His best result was a sixth at Paul Ricard in 2013, which was his only top ten finish last season.

25 drivers are now confirmed for the opening GP3 round, with two vacancies remaining at series newcomers Hilmer alongside Nagulin’s fellow Russian Ivan Taranov. F3 Open race winner Nelson Mason has tested Hilmer’s second car, while the team did not field a third entry in either of the pre-season tests that it took part in. Doing the same this weekend would be in accordance with series rules, which only dictate that teams must run a minimum of two cars.