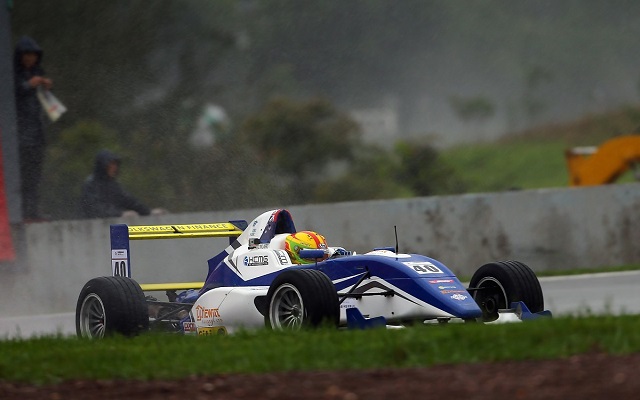 The 17-year-old Kiwi set a time of 1:50.012 and pipped Wells by 0.16 seconds?at the end of a dry, sunny session. The Briton?had earlier topped the two unofficial practice sessions on Thursday.

The only other driver to get within a second of Munro’s time?was Zen Motorsport’s Yin Hai Tao, who finished the session in third place, eight tenths behind the KCMG duo.

Zou Chen Yu replaces Yuya Motojima?who finished on the podium twice at Zhuhai?at the Super License team for this weekend. The Chinese driver, who finished eighth in the Formula BMW AsiaCup Super 6 last season, tested for Meritus in the off-season and was set to join them for 2014, but will instead drive for Japanese squad Super License, co-owned by former F1 driver Ukyo Katayama.