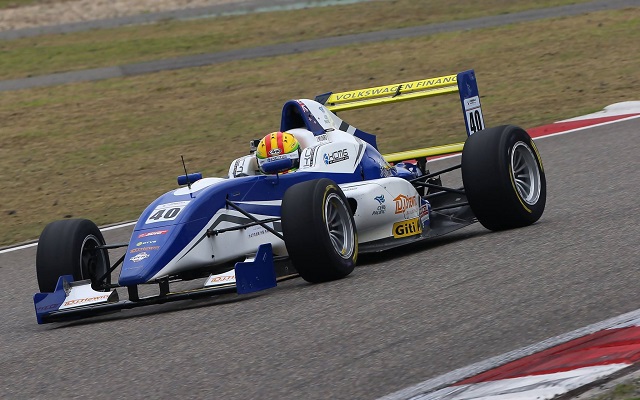 KCMG driver James Munro continued his unbeaten run of form and picked up his fourth win on the trot with yet another convincing victory from pole.

With the fastest lap times deciding the grid for race two, Munro was joined at the front row by Matthew Solomon, ahead of Dan Wells,?Aston Hare and Yin Hai Tao. At the start, Solomon got away slowly?and dropped to fourth, losing places to Wells and a fast-starting Yin who managed to pass Hare off the line.

Solomon was soon on Yin’s tail though, and passed the Chinese driver for third on lap three. Yin was forced to drive defensively for the rest of the race, trying to keep Hare behind, but the South African found a way through for fourth in the closing stages. Yin was forced to settle for fifth, with the top five drivers finishing in the exact same positions they did in the first race.

Matthew Swanepoel made some progress after starting eighth, finishing in sixth, with Senna Iriawan, Andersen Martono, Mandla Mdakane and Pu Jun Jin?making up the rest of the top ten.