written by Felipe Giacomelli 24 May 2014 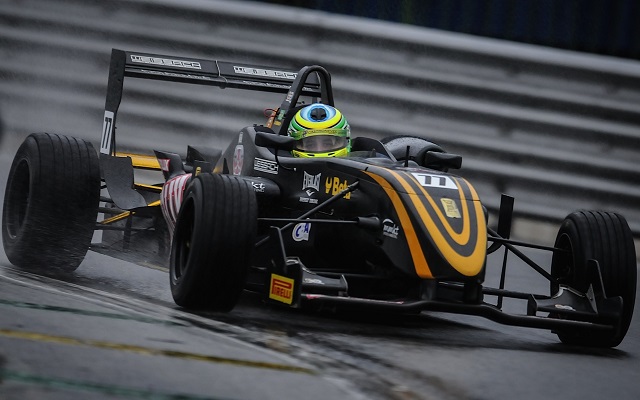 Filling in for Raphael Raucci this weekend, the MRF Challenge veteran impressed on his series debut and set the pace of 1:47.185.

Guerra is incidentally pulling double duty this weekend, as he is also racing in the Pro-Am GT series (and led yesterday?s practice).

This Saturday morning, the R&R Weissach man set the early pace, but was quickly demoted by Friday?s leader, Lukas Moraes. However, the track conditions improved after a continuous rain overnight, and Guerra was able to go back to top of the board. Moraes tried one last attempt and was a second faster when a red flag in the dying seconds forced him to abort his lap.

After doing only installation laps in first practice, points-leader Pedro Piquet managed to regain pace and was third, 1.346s behind the leader.