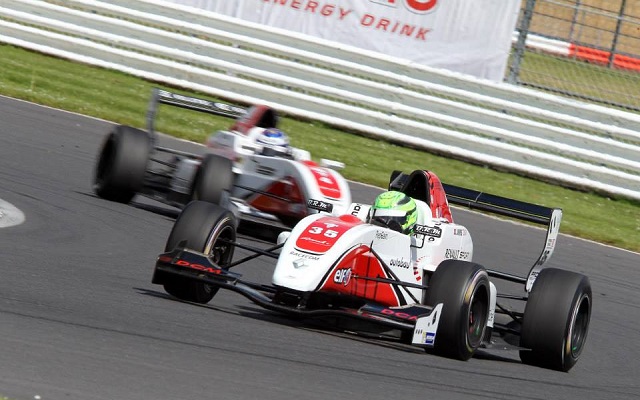 Starting from second, the Swiss driver jumped polesitter Aurelien Panis to take the lead and kept his position till the checkered flag, despite being closely followed by his French squadmate throughout the whole race.

The podium was completed by BMW junior driver Jake Hughes after a clam, trouble-free race from the Briton.

Gustav Malja held on to fourth ahead of Steijn Schothorst, with the Dutchman having pulled off two on-the-road overtakes to get to fifth.

RSF-backed Ben Barnicoat passed compatriot passed Seb Morris for sixth, with the Caterham junior then spinning out while attempting to take the place back.

Barnicoat finished in that very position, while rest of the top ten was completed by Raoul Owens, Callan O’Keeffe, Matthew Graham and Ukyo Sasahara.