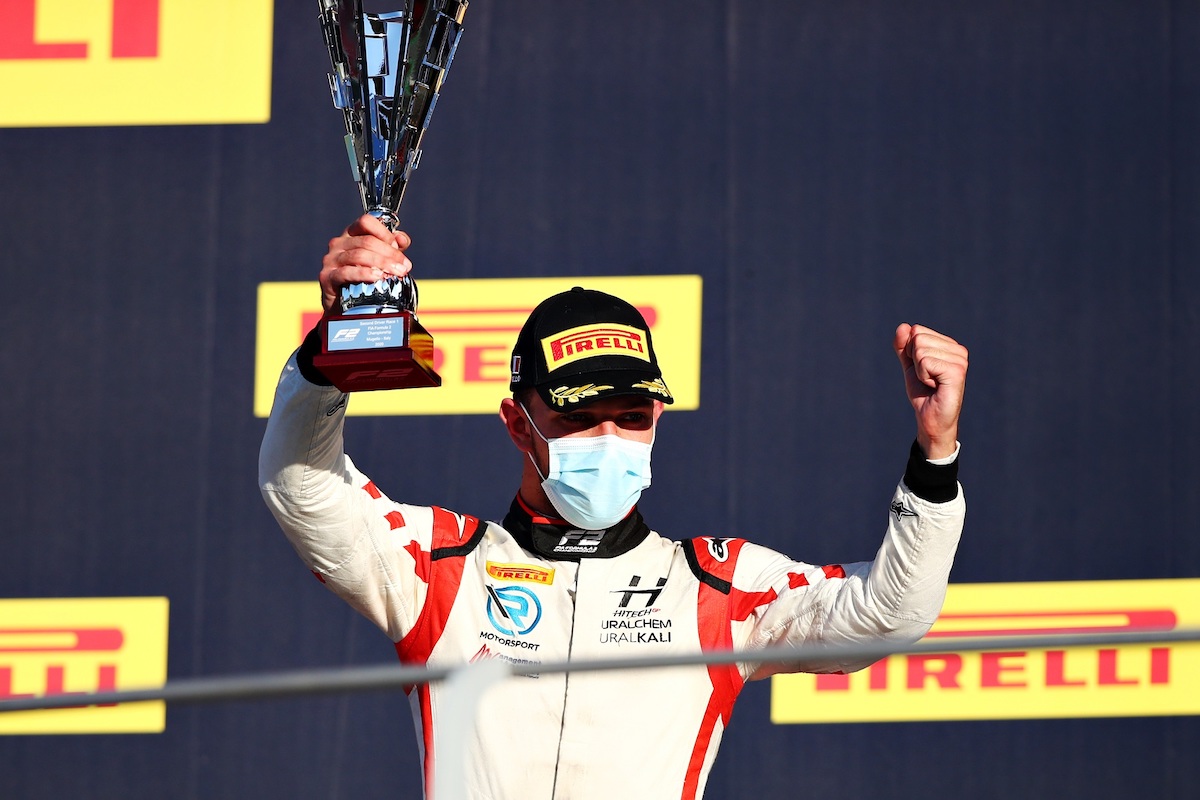 Formula 2 veteran Luca Ghiotto believes that the second place he took in the Mugello feature race followed “probably the best defence” he has done in his career.

Hitech GP’s Ghiotto started on the conventional strategy, but a safety car for HWA Racelab’s Giuliano Alesi changed the complexion of the race to favour those on the alternative one – including Ghiotto’s team-mate Nikita Mazepin.

A second safety car occurred after a collision between numerous cars towards the head of the field, bringing more of the soft-running drivers into play.

While polesitter Christian Lundgaard slipped down the order to sixth, as did others on the harder tyre at the end, Ghiotto was able to resist Charouz Racing System’s Louis Deletraz to hold onto second.

Speaking in the post-race press conference, Ghiotto explained how he felt about the race.

“It was really tough,” he said. “It was tough just on a pure racing side at the end, because I had to defend a lot.

“But it was tough also on a mental side because I was frustrated, especially on the radio after the first safety car because when you do everything perfect, everything literally – the start, the pitstop, we were in a good position to overtake Lundgaard even before the safety car.

“And then the safety car happens and then you know your chances of winning are basically gone because the guys on the alternative strategy are going to be much faster than you.

“So at that moment I was not really thinking about finishing on the podium, I was already prepared for not finishing here, I was just prepared to defend myself as much as I could and try to get the maximum result possible so I’m actually surprised to be here and to be able to defend from the other cars behind me on the options.

“Nikita won using the other strategy and I think, honestly, I had the chance to win without the safety car. So, we proved that our car is fast here and that’s really good for us.”

“I was actually surprised to still be in quite a good shape with the tyres at the end compared to who was on the same strategy of course. I don’t know where Lundgaard and the others finished but I saw they were struggling a lot. It’s been really tough honestly.

“So the first one didn’t help, but the second one did after the first one came. So that one made it a little bit less difficult, but it was still probably one of the hardest races I’ve done and probably the best defence I’ve had to do in all of my career for this second place.”