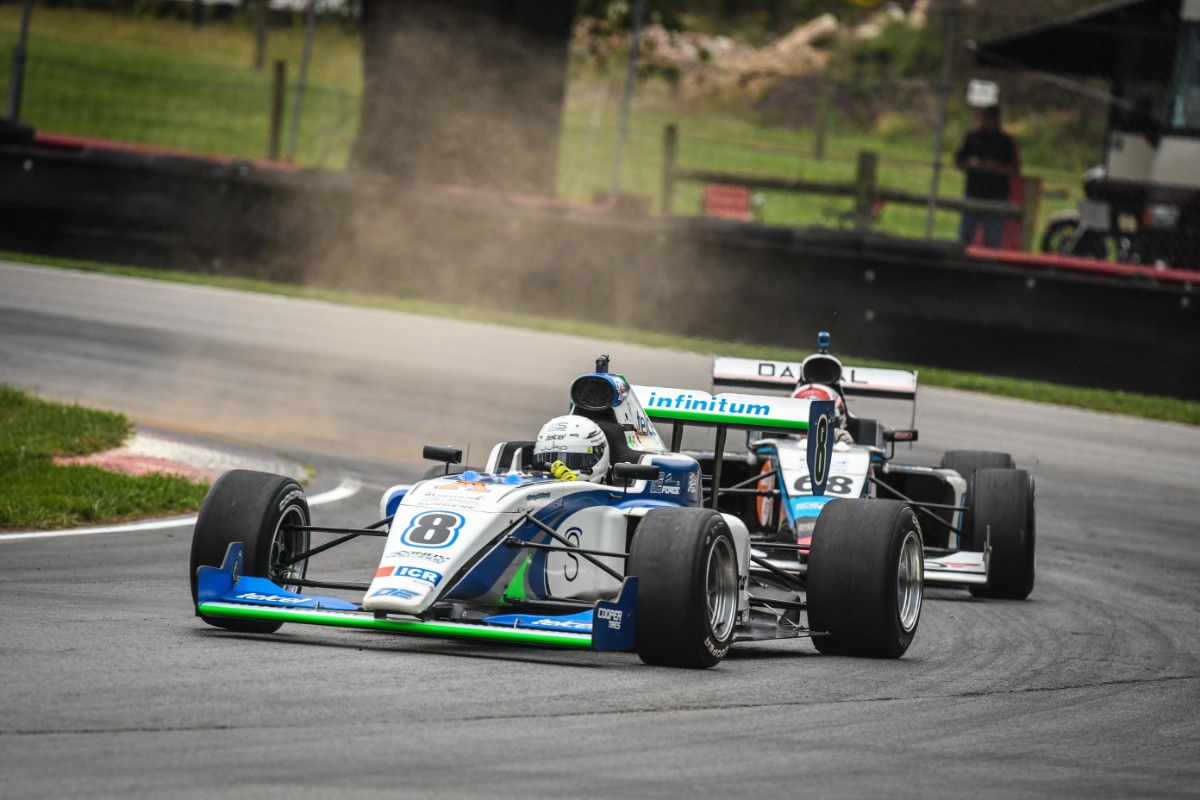 Turn 3 Motorsport’s Danial Frost started from pole, but Thompson was able to find a way past into the lead on the opening lap and remained there until the pace car was called out on lap six of 25.

On the restart he held on to the position as his team-mate Sulaiman attacked Frost for second, but after a few laps back at full racing speed his engine appeared to blow up as a thick cloud of smoke came out of the back of his car and he had to stop.

The lap before Sulaiman had passed Frost for second place, which then became the lead once Thompson retired. The pace car was required again because of Thompson’s issues, and after that second appearance Sulaiman had to hold off Frost to earn his first win by 0.4058 seconds.

Colin Kaminsky finished sixth ahead of series returnee Jacob Abel, and there was a gap of almost nine seconds to the battle for eighth place between Kory Enders (DEForce), Antoine Comeau (Turn 3) and Moises de la Vara (DEForce).

In addition to Thompson, Charles Finelli and Andretti’s Devlin DeFrancesco also retired from the race. Robb now has a 28-point lead over DeFrancesco, while Frost has passed Petrov for third in the standings.