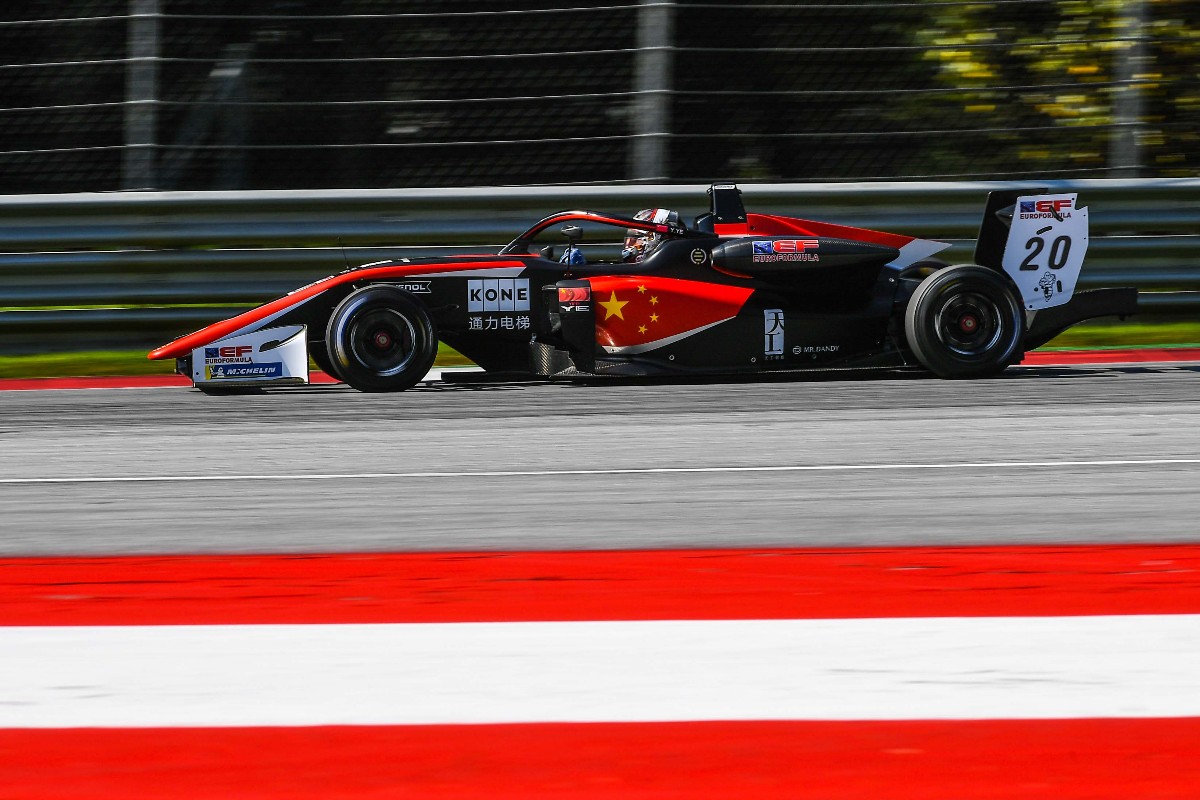 Yifei Ye topped the times again in Euroformula to take his fifth pole of the season at the Red Bull Ring.

The early morning session started in misty conditions, and was interrupted midway through by a red flag after Alexandre Bardinon span off.

Temperatures rose during the stoppage, and laptimes improved when cars returned to track.

Motopark’s Manuel Maldonado put himself on provisional pole, before Ye reeled off a run of ever-improving laps to take pole.

Sebastian Estner went second fastest, and was then matched by his Van Amersfoort Racing team-mate and brother Andreas. As Sebastian set his 1m22.697s lap first, he gets to start on the front row.

Maldonado couldn’t better the two VAR drivers with his final effort, and was shuffled down to fourth ahead of his team-mate Niklas Krutten.

Ido Cohen qualified sixth for Carlin, while his title-contending team-mate Zane Maloney continued his torrid weekend and was 11th fastest of the 12 drivers on the grid.

Rui Andrade span his Motopark-run CryptoTower car at the start of qualifying, but then got up to speed and was within a second of team-mate Ye in seventh place.