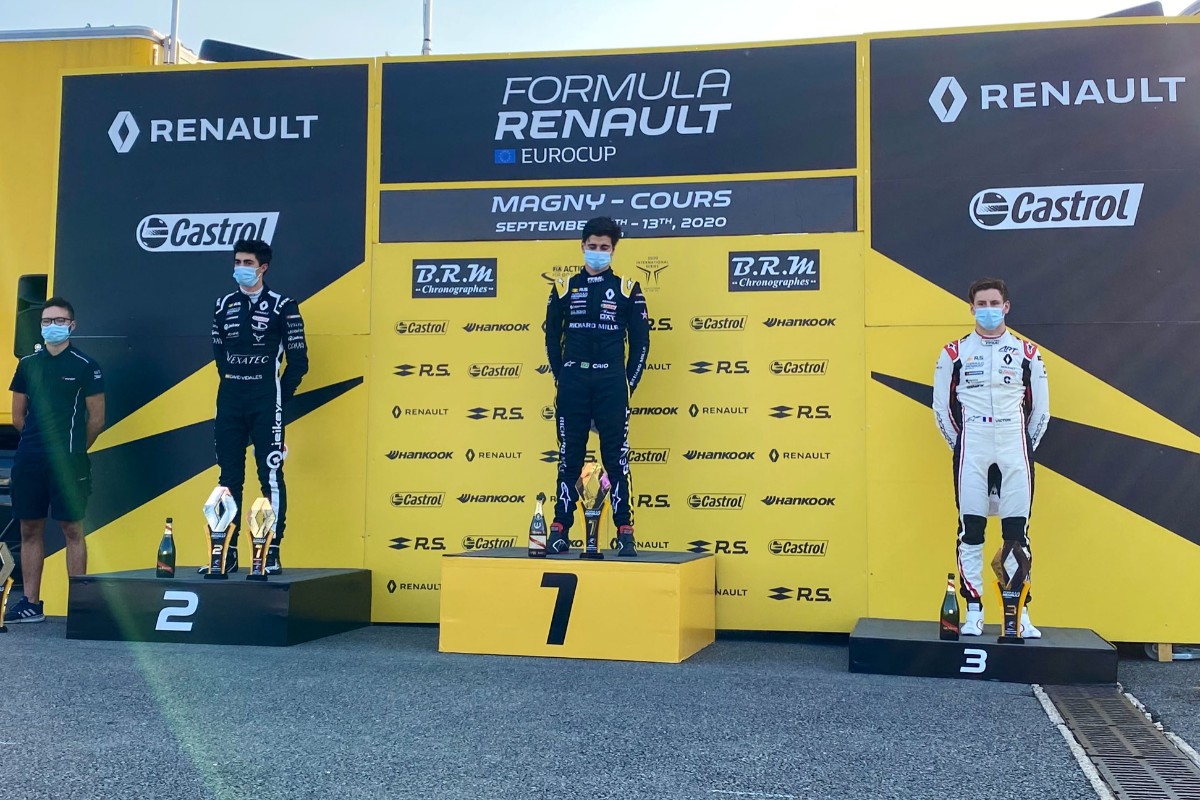 Caio Collet took a crushing win in the first Formula Renault Eurocup race at Magny-Cours to reclaim the championship lead from Victor Martins.

R-ace GP driver and Renault Formula 1 junior Collet made a great start from pole and was unrivalled from then on, as JD Motorsport’s David Vidales pressured ART Grand Prix’s Martins through the opening few corners before successfully making it through.

Martins did stick to the rear of Vidales for some time, but eventually the gaps between the top three opened up significantly.

The early battle between Vidales and Martins enabled the latter’s team-mate Gregoire Saucy to pass Bhaitech’s Lorenzo Colombo for fourth, and Arden’s Alex Quinn then also passed Colombo in the opening laps.

Those positions were all but sorted after the first few laps, and after the third ART car of Paul Aron dropped down the order it meant Quinn’s team-mate Ugo de Wilde moved up into a comfortable seventh place.