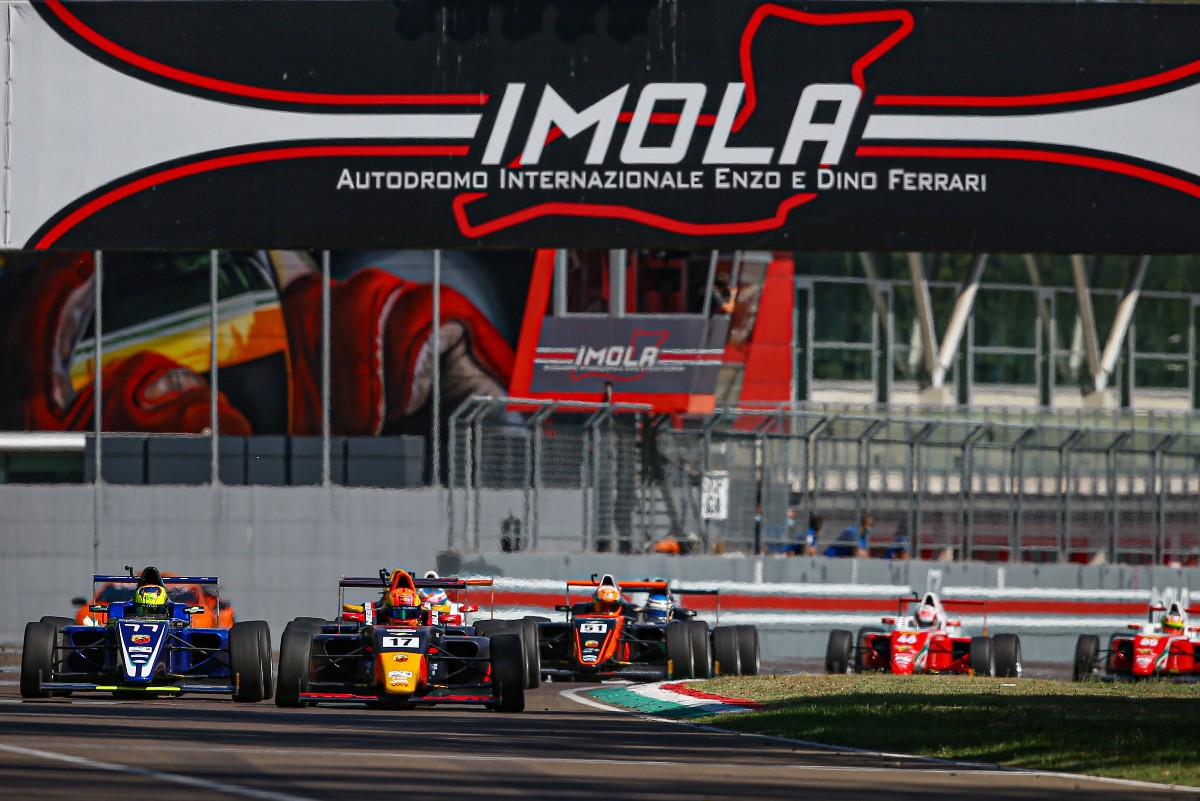 The inaugural Formula 1 Emilia Romagna Grand Prix at Imola may have Formula Renault Eurocup and Italian Formula 4 on its support bill.

Teams that compete in both series, as well as championship sources, revealed to Formula Scout that information had been circulated on Thursday that demonstrated how the weekend structure would look if they were to join F1, which is trialling a two-day event format on Oct 31/Nov 1 and is visiting the circuit without the FIA Formula 2 or Formula 3 championships as supports.

The Eurocup’s presence is understood to be at the potential expense of its Abu Dhabi season finale, although adding a second Imola round – having already raced there in July – would result in four consecutive weekends of racing for teams.

Italian F4 looks like it would be holding an additional round to its current seven-round schedule, which visited Imola last month and plans to do so again on November 20-22, and it is under discussion whether points would be awarded.

A schedule has been shared with Formula Scout that showed the series’ usual track time would be reduced to a single free practice session, one slot for qualifying (which F4 splits into two sessions) and two races, as occurred when ADAC F4 supported last year’s German GP.

It is unknown if the Eurocup would digress from its usual format of two qualifying sessions and two races.

In addition to the potential difficulty in licensing the broadcasting of the support races, given F1 usually has total control of all live video at its events besides the Monaco Grand Prix (which is handled by a local production company), there is an additional problem for the F4 teams in that many are planning on racing in ADAC F4 at Zandvoort that same weekend and have already tested at the Dutch circuit in preparation for the races there.

However it is also understood that the appeal of the Imola event – beyond racing alongside F1 – comes as coronavirus cases increase in Spain, where Euroformula and Formula Regional European Championship are set to race at Barcelona also on the Oct 31/Nov 1 weekend.

That round may be removed from FREC’s schedule if the COVID-19 situation there continues to escalate, according to a paddock source.

An official update on the plans to support F1 at Imola may come at the next Italian F4 round at Mugello in two weeks’ time.