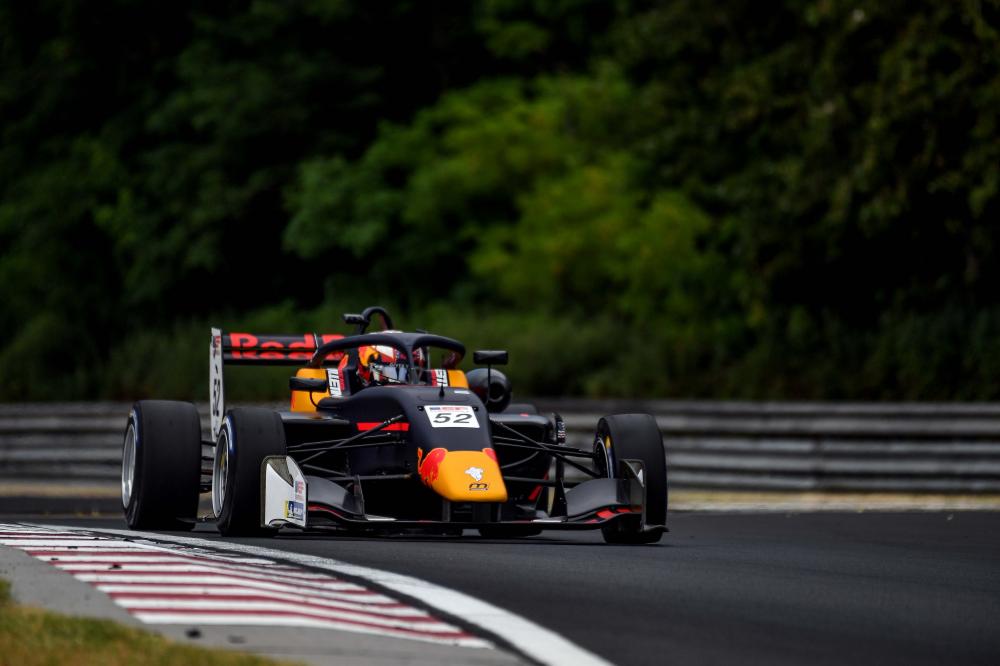 Red Bull junior Jak Crawford took pole on his Euroformula return at the Hungaroring, setting the pace by three tenths of a second.

The Motopark driver went to the top of the times early on, before Van Amersfoort Racing’s Rafael Villagomez and then Drivex School’s debutant Joshua Duerksen went fastest.

Formula 4 graduate Duerksen sat was on provisional pole until the final 10 minutes when Crawford reclaimed first place after putting on a new set of tyres, and he then improved with one minute to go to secure the pole with a car set up to prioritie aerodynamic grip and balance in the high-speed corners rather than the lower speed turns.

His team-mate Cameron Das got closest, 0.316s behind, and CryptoTower Racing Team driver Louis Foster was half a second back in third place.

Villagomez qualified fourth, leading his team-mates Cem Bolukbasi and Casper Stevenson. Bolukbasi is making his Euroformula debut this weekend, and he clocked up more laps in the qualifying session than he did through all of free practice aftet flat-spotting his tyres on Friday.

Duerksen will start from seventh for his first ever Euroformula race, with CryptoTower duo Nazim Azman and Filip Kaminiarz immediately behind him on the grid.

Motopark’s local driver Vivien Keszthelyi qualified 11th, while Drivex’s Enzo Scionti propped up the order after having a spin after the Turn 6/7 chicane early in the session.