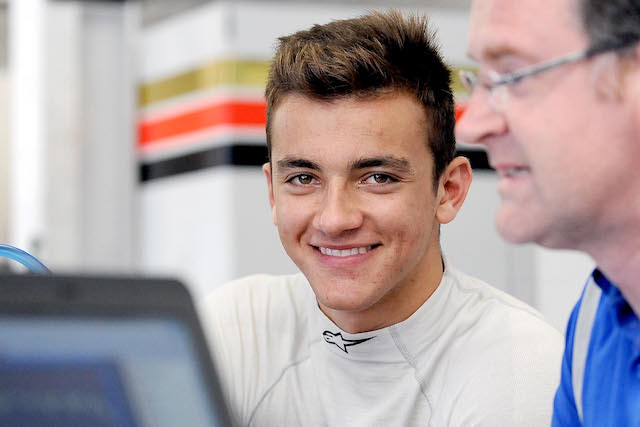 The Cologne-born driver, who turns 17 next month, spent two seasons in USF2000 before moving to Euroformula Open last year with Carlin, and placing 12th in the standings.

At the end of the year he contested the Macau Grand Prix with Mucke Motorsport, and is currently competing in the Toyota Racing Series, sitting 12th in the points ahead of this weekend’s final round.

“I am really excited to take part in the 2017 FIA F3 championship, especially with a team like Team Motopark,” said Andres.

“I have done all my winter test days with them, and it all went well.

“My goal is to win the rookie championship, and I know this year is going to be a tough one.

“Another important subject is that I want to improve myself as a driver, and Motopark has everything I need to do so.”

Andres joins top 2016 rookie Joel Eriksson in Motopark’s line-up for this season, and team boss Timo Rumpfkeil explained his outfit had a two-year plan with the driver.

“He is very young, and the FIA Formula 3 European Championship is a big and important step for him to take,” said Rumpfkeil.

“In the winter, we had a sequence of tests with him, and he performed very well.

“We have a clear two-year plan, so he can develop his skills without any stress or pressure.

“We aim to be a serious contestant for the rookie title. After stabilising our results towards the end of the first season, we are optimistic about finishing among the top eight.”