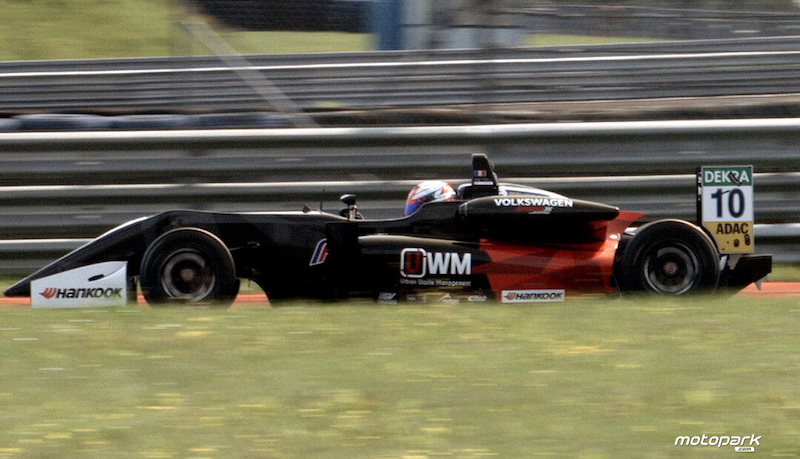 Motopark has added a fifth Formula 3 European Championship entry to be driven by Petru Florescu at the final three rounds of 2017.

The 18-year-old Romanian steps up to the series having competed in Euroformula Open so far this year with Campos Racing and then Fortec Motorsports, currently sitting ninth in the standings.

He previously spent two seasons in British Formula 4 with Carlin, winning five races last year, and has joined Motopark in preparation for a full European F3 campaign in 2018.

“Joining Team Motopark on my FIA F3 debut is very exciting,” said Florescu, who had tested with the outfit at its home circuit Oschersleben prior to this weekend’s Nurburgring round.

“I knew many of the people in the team and so I felt immediately at home.

“Team Motopark are not only very quick in the championship, but have also impressed me with their rigorous processes and clear structure.

“They will no doubt be able to help me understand the FIA F3 car, tyres and championship and even though it won?t be an easy endeavour as the level in the championship is really high, they will make me push myself during these three races.

“On top of everything all the tracks are also new to me, so it will be a steep learning curve but I welcome the chance to get ready for next year.”

Florescu joins Joel Eriksson, David Beckmann, Keyvan Andres and Marino Sato at Motopark, which follows Carlin in expanding for five cars ahead of the Nurburgring, where the British team will hand a one-off debut to Sacha Fenestraz.

Teams had previously been limited to a maximum of four entries each.

“Petru did one of his first tests ever in a Formula car with us back in winter 2013 in Valencia,” said team boss Timo Rumpfkeil.

“Ever since we kept in contact and I?m very happy that he gives us the trust to support him in one of the most important steps in his career.

“Racing with us is the ideal preparation for the 2018 season.

“Our goal is to teach him as much as possible during the three upcoming race events to give him an advantage for the next season.”