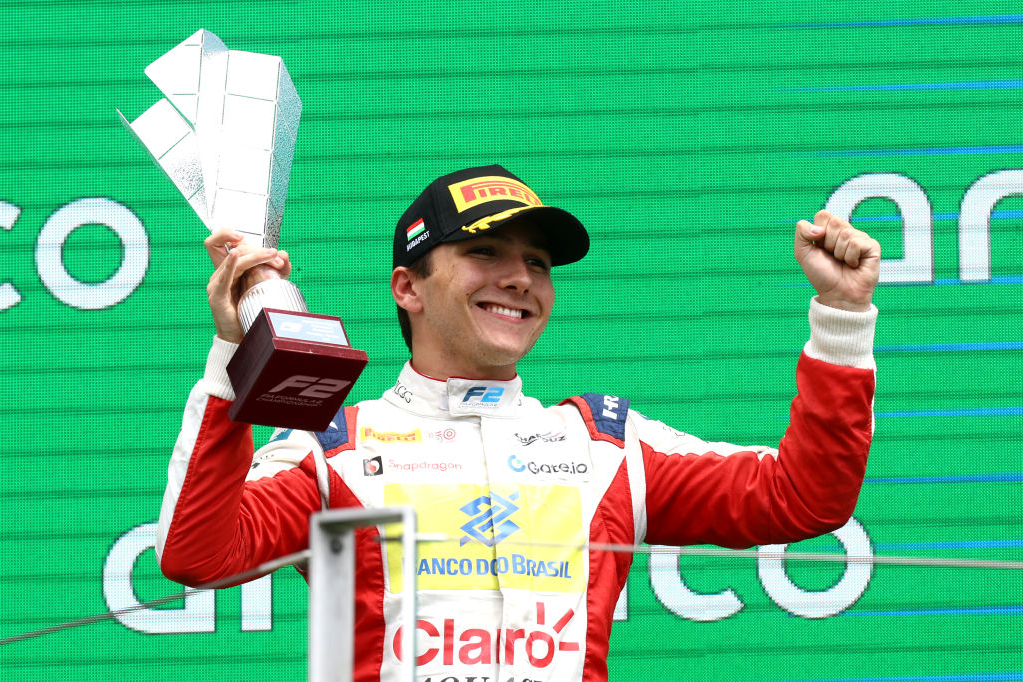 Carlin and Charouz Racing System have revealed their line-ups for the official Formula 2 post-season test at Yas Marina Circuit, which hints at who will be racing where in 2023.

At Carlin, Enzo Fittipaldi and Zane Maloney will be driving for the team on November 23-25. Both are linked heavily to race seats with the squad, with Red Bull’s motorsport advisor Dr Helmut Marko publicly stating that Fittipaldi will race for the team.

However Carlin has not confirmed that is the case, and the Red Bull Junior Team has also had to chase up other comments about Fittipaldi joining Red Bull to find out in what capacity. It is now understood, but is not official, that he will be a fully fledged Red Bull junior in 2023 rather than a RBJT-supported driver or a driver with a different relationship to the brand.

Fittipaldi finished eighth in F2 this year driving for Charouz, and picked up six podiums on the way.

Maloney meanwhile was the FIA Formula 3 Championship runner-up and made his F2 debut with Trident at last weekend’s Yas Marina finale. He is reuniting with Carlin after winning the British Formula 4 title and racing in Euroformula with the team.

“I’m very excited to be testing with such a great team as Carlin,” said Fittipaldi. “I’m looking forward to the experience; three days will be pretty intense. It will be great to meet everyone and I’ll be working with them over the next three days to try and learn as much as possible.”

Maloney added: “I’m really looking forward to testing with Carlin, I’ve obviously spent two seasons with the team so I know a lot of the guys and girls. I’ll just be trying to learn as much as possible for what the future holds. Yas Marina is a cool circuit, it’s also really warm here like Barbados, which has been nice. I’m happy here, it’s quite a physical circuit so three days will be quite tough but I’m looking forward to it.”

Charouz has announced Roy Nissany and Brad Benavides as driving its two cars in this week’s test.

Nissany has raced DAMS for the past two seasons but is now leaving the team, and won races with Charouz in Formula V8 3.5 back in 2016, while Benavides came 23rd in FIA F3 this year with Carlin.

“Very delighted with this opportunity and really grateful to Charouz for believing in me,” Benavides said. “Continuing to move up the ladder in my racing career means the world to me, and so I’ll definitely be looking to extract the absolute most out of these three days.”

An announcement about Charouz’s 2023 plans is anticipated to come next week.

In addition to the already signed Dennis Hauger, MP Motorsport will be running the Norwegian’s fellow Red Bull junior and 2022 F2 team-mate Jehan Daruvala in testing.

The pair raced for Prema this year, with Daruvala coming seventh in the standings with one win. Daruvala is considering staying in F2 for a fourth season but is also looking at racing elsewhere.