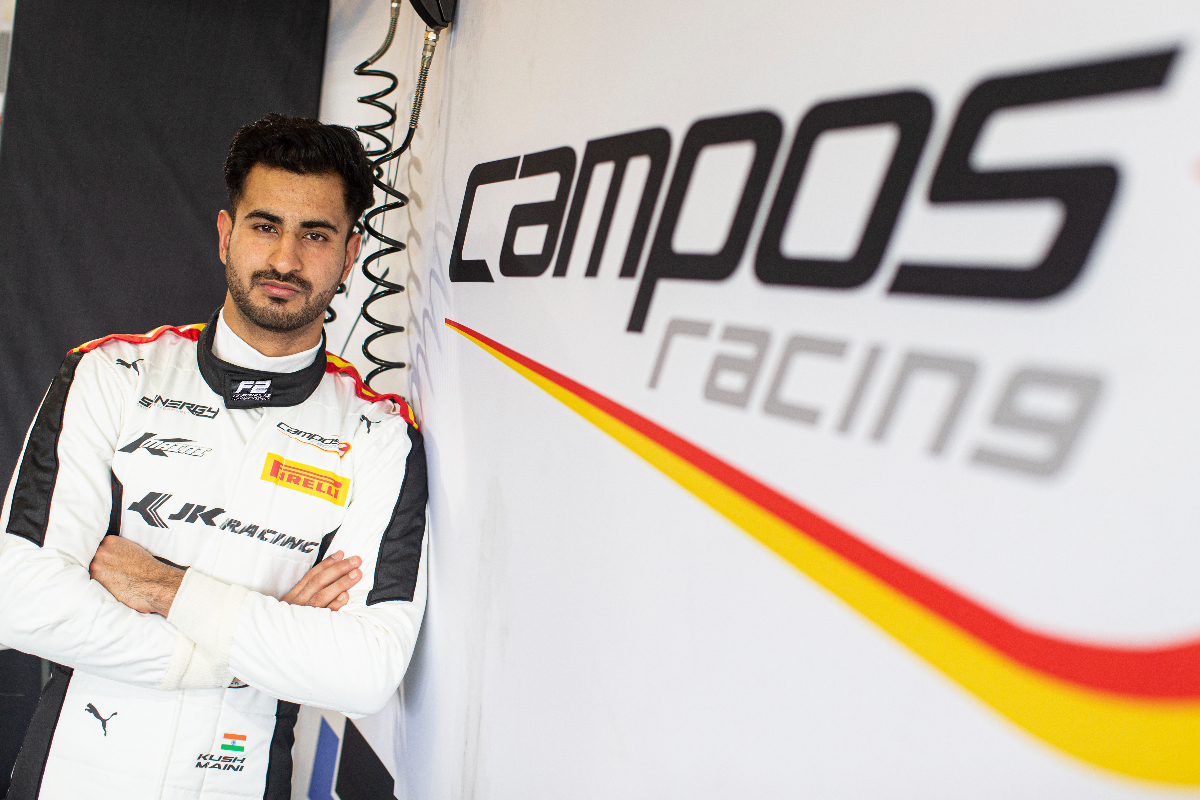 Kush Maini will step up to Formula 2 in 2023 with Campos Racing, after coming 14th in the FIA Formula 3 Championship this year.

The 22-year-old Indian is the younger brother of former F2 racer Arjun, who now competes in the DTM, and is coached by Formula Ford legend Joey Foster.

Maini started his car racing career in Italian Formula 4, claiming three podiums across two seasons, then in two years of BRDC British F3 won four races and came third and then second in the championship.

He also did two Formula Regional campaigns before making it to FIA F3, contesting the Formula Renault Eurocup in 2019 and FRegional Asia in 2021 as the COVID-19 pandemic made it harder for him to tackle international programmes.

“Super happy to be joining Campos Racing,” said Maini. “I’ve spent some time with the team at their workshop and really enjoyed the atmosphere and the professionalism, looking forward to the three-day test at Abu Dhabi to officially start our relationship together. I would like to thank Mumbai Falcons, Omega Seiki Mobility and JK Racing for all their support.”

Maini will be team-mate to F2 veteran and Campos long-timer Ralph Boschung next season, and the post-season Yas Marina Circuit test where he will get his first F2 mileage takes place this week.

“On behalf of Campos Racing, I would like to extend a warm welcome to Kush,” said Campos’s team principal Adrian Campos Jr.

“He is a very committed, professional racing driver with a great work capacity, so we expect he will be able to complete a strong rookie season next year. He carried out some strong performances in FIA F3 this season and hopefully he will make further improvements in the ultra-competitive FIA F2 championship.”