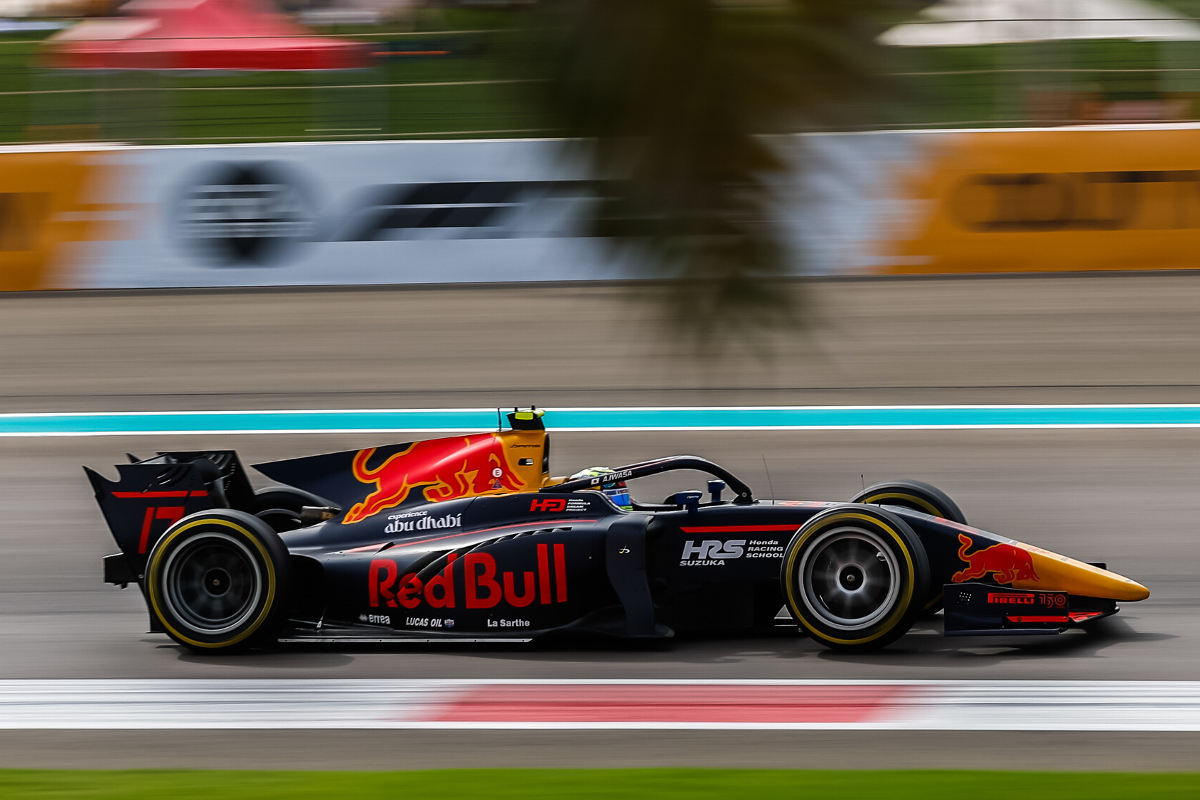 Formula 2 has revealed the full entry list for the first day of its post-season test at Yas Marina Circuit this week.

On November 23-25, F2 will be back in action for six test sessions after finishing the season last weekend. Each test day will have a morning and an afternoon session, with cars on track from 9am to midday and then from 2pm to 5pm.

The same tyre compounds that were used in the season finale at the track will be made available, with a package featuring five sets of Pirelli’s medium tyres and three sets of the soft compound tyres.

Campos Racing and Prema will run their 2023 line-ups, with MP Motorsport, DAMS and Trident also running drivers they have already signed for next season. Carlin, Charouz Racing System and MP Motorsport meanwhile had already announced their drivers for the test in advance of the entry list being published.

Virtuosi Racing is running its 2022 driver Jack Doohan and Amaury Cordeel, who comes across from Van Amersfoort Racing, and Hitech GP has called up its former FIA Formula 3 Championship drivers Isack Hadjar and Jak Crawford, both of whom are expected to race for the team in F2 next year.

ART Grand Prix has confirmed its F3 champion Victor Martin and its F2 driver of the last two years Theo Pourchaire will do all three days of the test, and DAMS has kept Abu Dhabi feature race winner Ayumu Iwasa alongside new signing Arthur Leclerc.

Trident is partnering the recently signed Clement Novalak with its F3 driver Roman Stanek, who it had planned to give an F2 debut to this year, and VAR has announced for day one it will run Richard Verschoor and Rafael Villagomez, whose family was instrumental in the investment that enabled the team to move into F2 and F3 this year.

The timeline of Oscar Piastri’s journey to an F1 seat