Monza and Zandvoort back on Euro F3 schedule for 2015 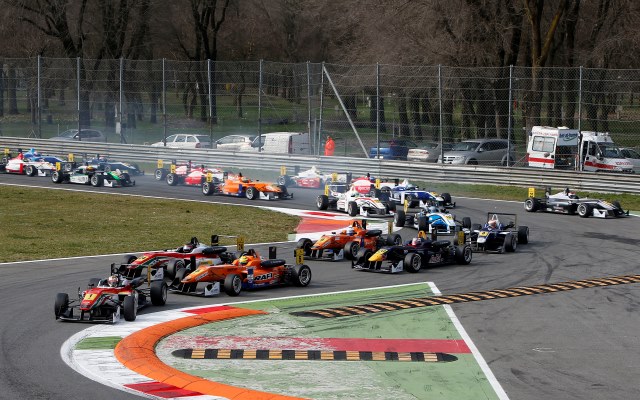 The FIA F3 European Championship will return to the classic venues of Monza and Zandvoort in the 2015 season.

Both circuits were a part of the schedule in 2013 but missed out this year, with Imola and the Hungaroring now being axed to make way for them next season.

The World Endurance Championship event at Silverstone will continue to host the season opener April, followed by the DTM curtain raiser at Hockenheim and the Pau Grand Prix in May. The Monza round will take place at the end of the same month, as part of the national ACI meeting that includes Italian F4.

Spa-Francorchamps will once again host the series in June, now as an ADAC GT Masters event rather than the World Touring Car Championship.

The rest of the season consists of DTM support slots at the Norisring at the end of June, Zandvoort in July, Spielberg and Moscow in August, the Nurburgring in September and Hockenheim again in October.