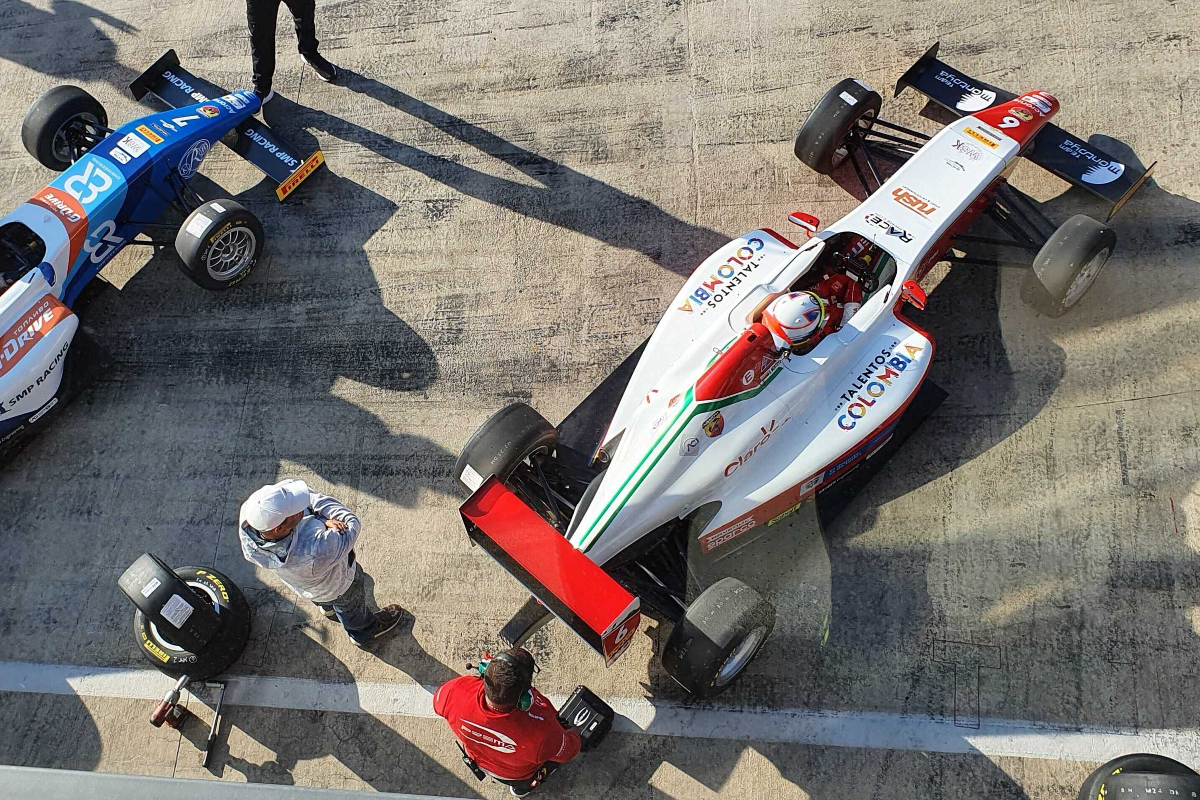 Four sessions were held across Tuesday, with 32 drivers in action while separate sessions catered for GP2 cars and a Formula 3 car driven by Euroformula racer Enzo Trulli.

Mucke Motorsport’s Joshua Duerksen led the F4 action at the start of the day, setting a 1m48.533s to go 0.099 seconds faster than BVM Racing’s Francesco Simonazzi, who is linked to a move into Euroformula. Simonazzi had been ahead until Duerksen’s final lap of the session.

Montoya was sandwiched in fourth between Jenzer’s Santiago Ramos and Francesco Braschi, while team-mate Andrea Kimi Antonelli – who made his car racing debut at the Red Bull Ring last weekend – was just behind.

As Van Amersfoort Racing was absent from the test, some of its drivers teamed up with rivals for the day. Joshua Dufek was at Mucke, while Cenyu Han went to Cram Motorsport.

US Racing’s Tim Tramnitz was the early pacesetter in session two, before Montoya moved to the top in the middle of the session with a 1m48.573s. He didn’t improve after that but stayed on top, leading team-mate Kirill Smal and Tramnitz.

Montoya spent time in first place again in session three, after Antonelli and Jenzer’s Francesco Braschi had time at the top, but three successive improvements from Iron Lynx’s Leonardo Fornaroli was enough to dethrone him and lower the day’s fastest laptime to 1m48.363s.

Jenzer’s Piotr Wisnicki skipped the session, while Sergio Perez protege and Danish F4 race-winner Jesse Carrasquedo Jr turned up for the afternoon and was on track with BVM Racing.

Montoya went almost a quarter of a second faster than Fornaroli’s benchmark in the final session, with Smal, Duerksen and Fornaroli completing the top four in session four. Duerksen didn’t actually improve on his session one best, but ended the day fourth overall.