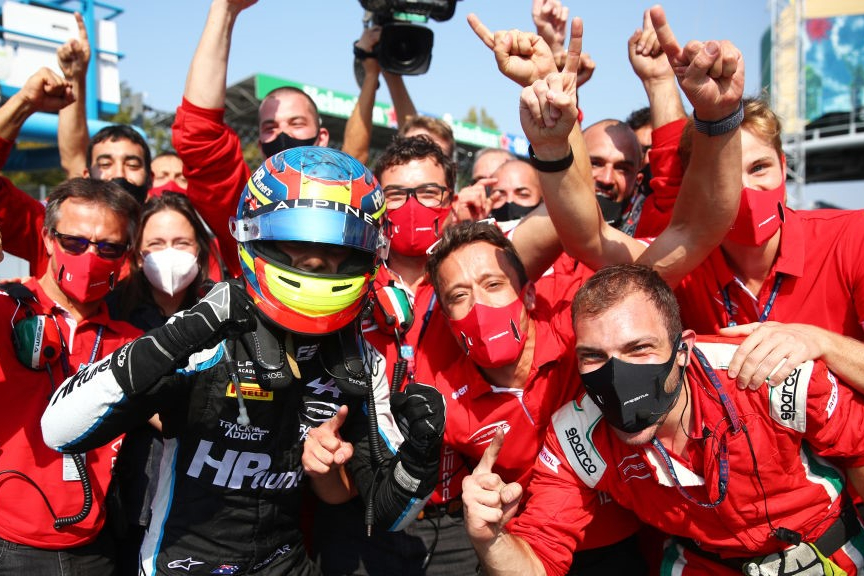 The latest Formula Scout Podcast focuses on some impressive performers of the Italian Grand Prix weekend, and why it looks like none of them are headed to Formula 1 any time soon

Daniel Ricciardo was not the only Australian to win on Sunday at Monza, as Oscar Piastri made a big statement by owning the Formula 2 feature race just hours before.

The Prema driver’s win from pole extended his points lead handsomly over fellow Alpine Academy member and Virtuosi Racing driver Guanyu Zhou, but it and the points he scored in the two sprint races didn’t come easy.

How he handled his on-track fighting, as well as the questions he recieved outside of the car, showed great maturity that strengthened his claim to a Formula 1 seat – not that one is coming.

But it was also a big weekend for ART Grand Prix’s Theo Pourchaire, as he and team-mate Christian Lundgaard showed great pace to be at the front of the first race of the weekend, while Carlin’s Jehan Daruvala dominated race two. Each had a story to tell that went beyond the race weekend itself.

The F1 ambitions of all of the above has become a point of wider interest at the moment, but for Dan Ticktum the end of his Williams links means he’s looking less likely than ever to reach the pinnacle of single-seater racing. And at Monza, he finally added a little bit more detail to the story of his departure.

Also discussed in the podcast was the thrilling Indy Lights title battle between Kyle Kirkwood and David Malukas that got very close at Portland International Raceway, how both Zak O’Sullivan and Gregoire Saucy got closer to becoming champions in GB3 and Formula Regional European Championship respectively, and what we learned from the long awaited car racing debut of Mercedes-AMG F1 junior Andrea Kimi Antonelli in Italian Formula 4.