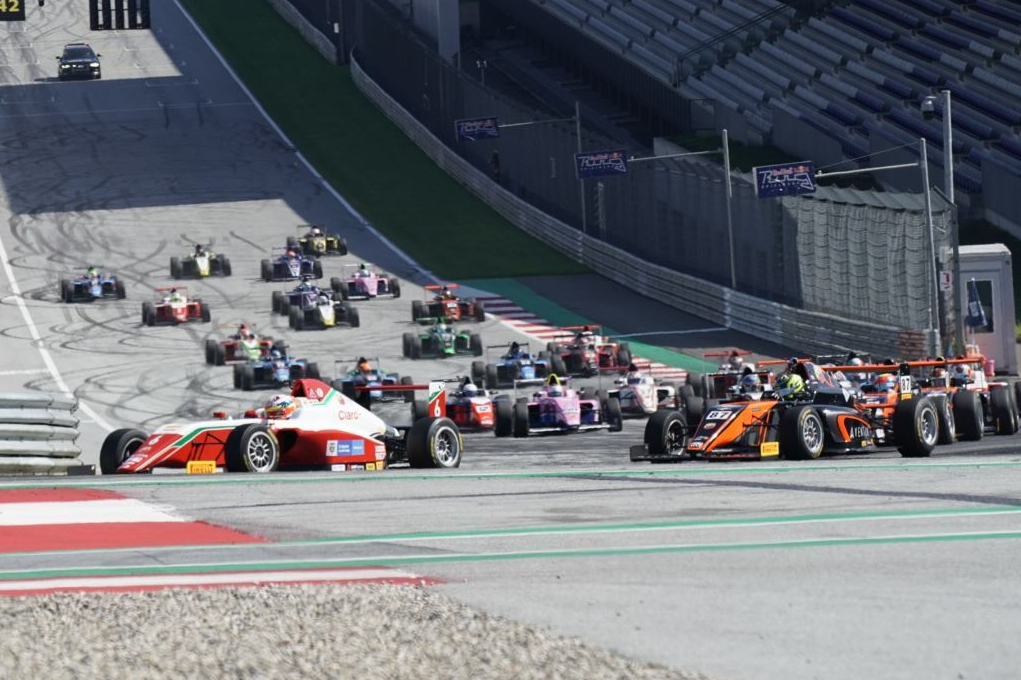 Sebastian Montoya believes other drivers in the ADAC and Italian Formula 4 championships are racing him harder because of his surname, including title rival Ollie Bearman.

The penultimate round of the Italian F4 season takes place at Mugello this weekend, and Montoya – son of Formula 1 race-winner Juan Pablo – holds onto slim title hopes after two retirements in battle last time out at the Red Bull Ring.

He started from pole for the other race of that weekend, but had the lead wrestled away from him early on by Bearman.

“I think the situation now with Bearman, he’s really quick still but he’s so far ahead in the championship that he doesn’t need to score points,” Montoya explained to Formula Scout as he reflected on their race one battle in Austria.

“So when we went into turn three, he made a little bit of a divebomb. A bit unnecessary, but OK he’s still a good driver. It’s been very competitive, the whole field. Tim Tramnitz was really quick, but I think this weekend we have [eyes] on everyone.”

Being “less than a tenth apart” with Bearman is part of the pressure of battling at the front, according to Montoya, but he also highlighted another factor.

“It’s just when you have the last name Montoya, people race you just a little bit harder because they want to prove that they’re better than you. So it’s just difficult because you can control what you do but you can’t control what others do around you. And others always want to show that they can race you.

“There’s something, like today [at the Red Bull Ring] with Bearman, he’s fighting for the championship. If I wouldn’t have backed out we would have tangled, and if I wasn’t in a championship fight and I was in P2 or P3, I would have just tangled.

“I don’t mind. But at the end of the day I’m here to race, so a bit disappointed about that but if he’s willing to race to lose a championship, then so am I then! If we’re really going to race like that it’s racing.”