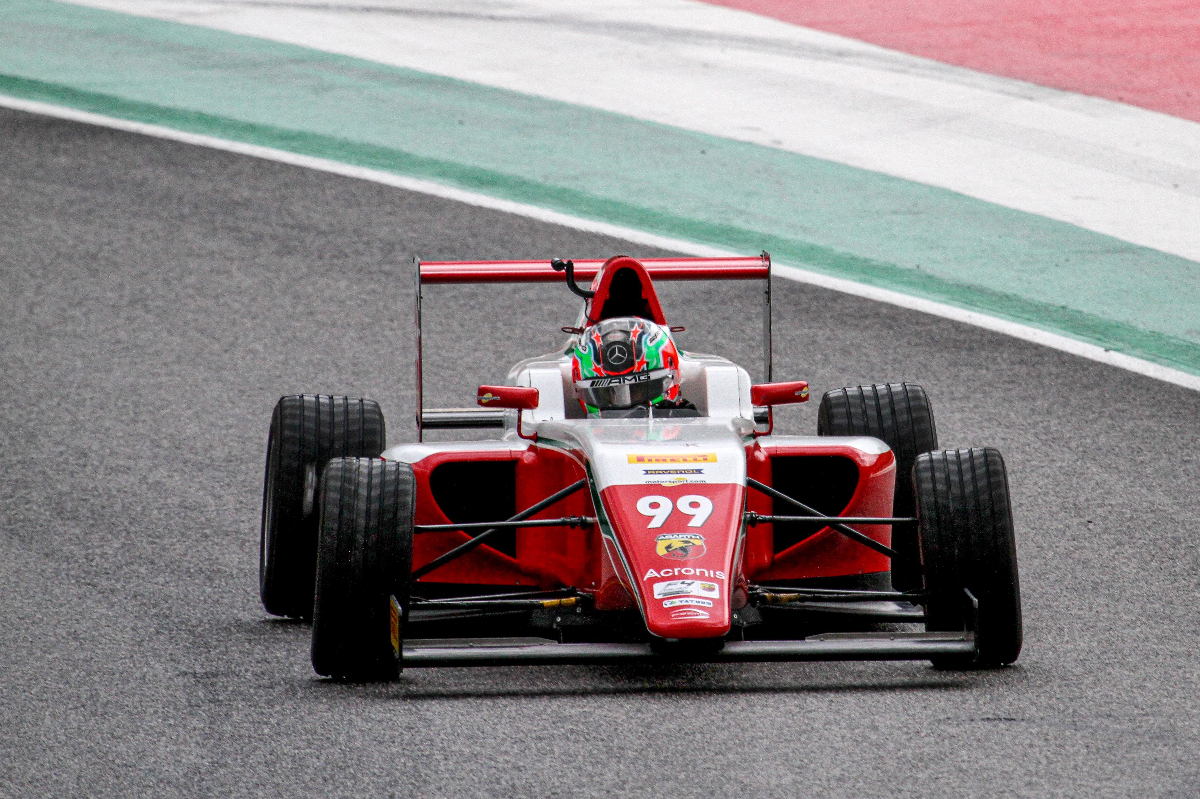 In only his second single-seater race weekend, Andrea Kimi Antonelli set the pace in Italian Formula 4 free practice at Mugello.

The Mercedes-AMG Formula 1 junior was one of the pacesetters throughout the first half of the 40-minute second practice session, before setting a lap that was 1.13 seconds faster than anybody else at one point.

Van Amersfoort Racing’s Joshua Dufek was fastest in FP1, setting a 2m04.611s in a considerably slower session on a wet track, but he continued his strong pace into FP2 and ended practice 0.171s down on Prema’s Antonelli.

In a strong showing for VAR, despite having opted to miss September’s two-day Mugello test, as Nikita Bedrin was a tenth further back in third and championship leader Ollie Bearman was sixth for the team. However Cenyu Han, who did attend the test, was unable to get out on track in his car.

Leonardo Fornaroli (Iron Lynx) had been one of the drivers trading times at the top, and put in some consistently fast laps, and he ended practice in fourth, just ahead of Mucke Motorsport’s Joshua Duerksen who had been fastest before the 29-car field pitted for tyres for the final time.

Behind Bearman were title rivals Kirill Smal (Prema) and Tim Tramnitz (US Racing), with the remaining title contender  Sebastian Montoya over a second off the pace in 19th.

Having switched from AS Motorsport to Iron Lynx, Kacper Sztuka was seventh in the morning session. However, in the dry afternoon session he could only manage 17th place.