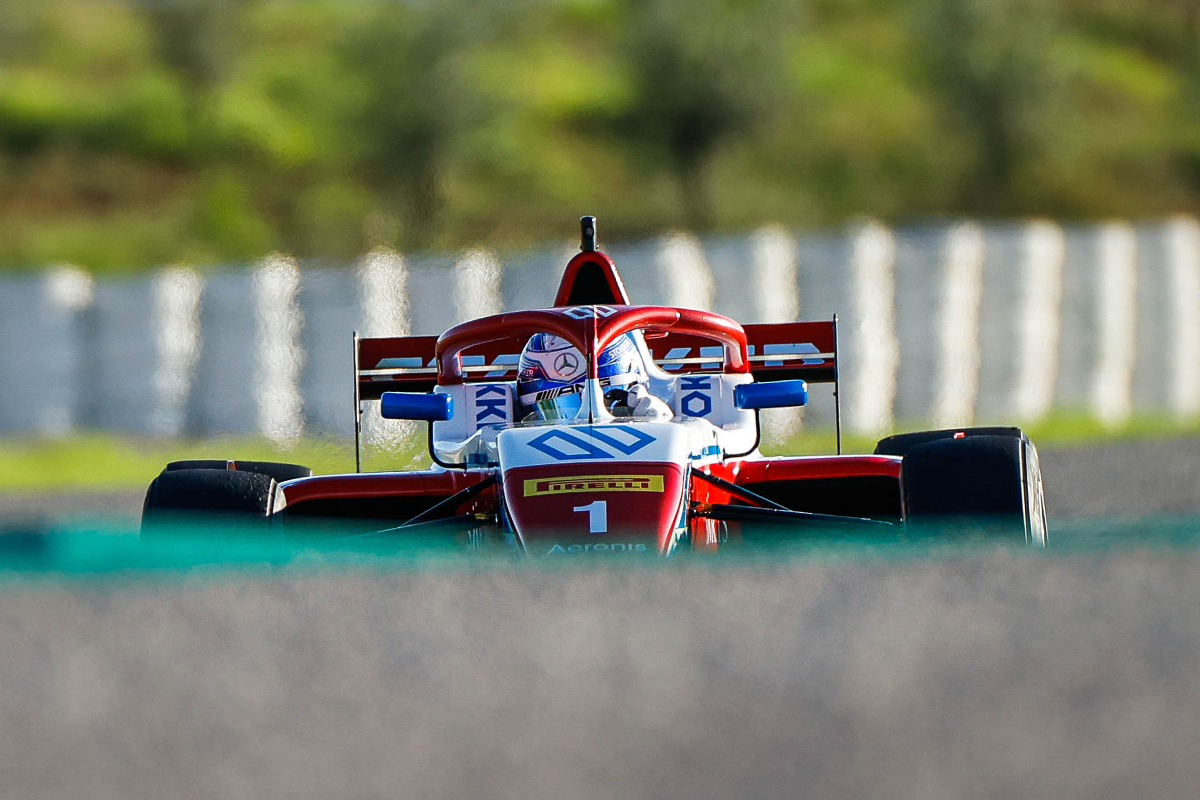 In FP1 it was initially ART Grand Prix’s Gabriele Mini on top, but on a drying track it didn’t take long for laptimes to drop from his initial 1m55.687s benchmark.

Mini himself improved to a 1m51.251s at first, before FA Racing’s debuting Arias Deukmedjian caused a red flag stoppage, and then runaway points leader Gregoire Saucy dropped the pace into the 1m47s.

A 1m46.979s lap from Mini put him back ahead, before a second red flag period caused by Aron. R-ace GP came to the fore after the second restart, with Hadrien David going fastest by over half a second once action resumed.

Saucy set the first 1m45s lap, but was in first for a minute before David surpassed him. His team-mate Isack Hadjar moved up to a close second place, and although with 32 seconds to go Saucy set a lap good enough for first place, the final effort from David at the chequered flag earned him the number one spot.

Hadjar and debuting team-mate Sami Meguetounif were third in fifth, and Zane Maloney was seventh.

The title contenders didn’t battle in FP2, where David was quickest early on before the first red flag period caused by team-mate Lena Buhler.

Pietro Delli Guanti (Monolite Racing) and then Dino Beganovic (Prema) lowered the pace before KIC Motorsport’s Nico Gohler stopped FP2 again for a lengthy period, and Delli Guanti went back to first after the restart. Aron bettered him, with G4 Racing’s Michael Belov – 35th in the morning – going second fastest before breaking into the 1m42s.

It looked like he would end up as pacesetter until the end, when Beganovic and then Aron improved while JD Motorsport’s Ido Cohen had a red flag-causing issue.