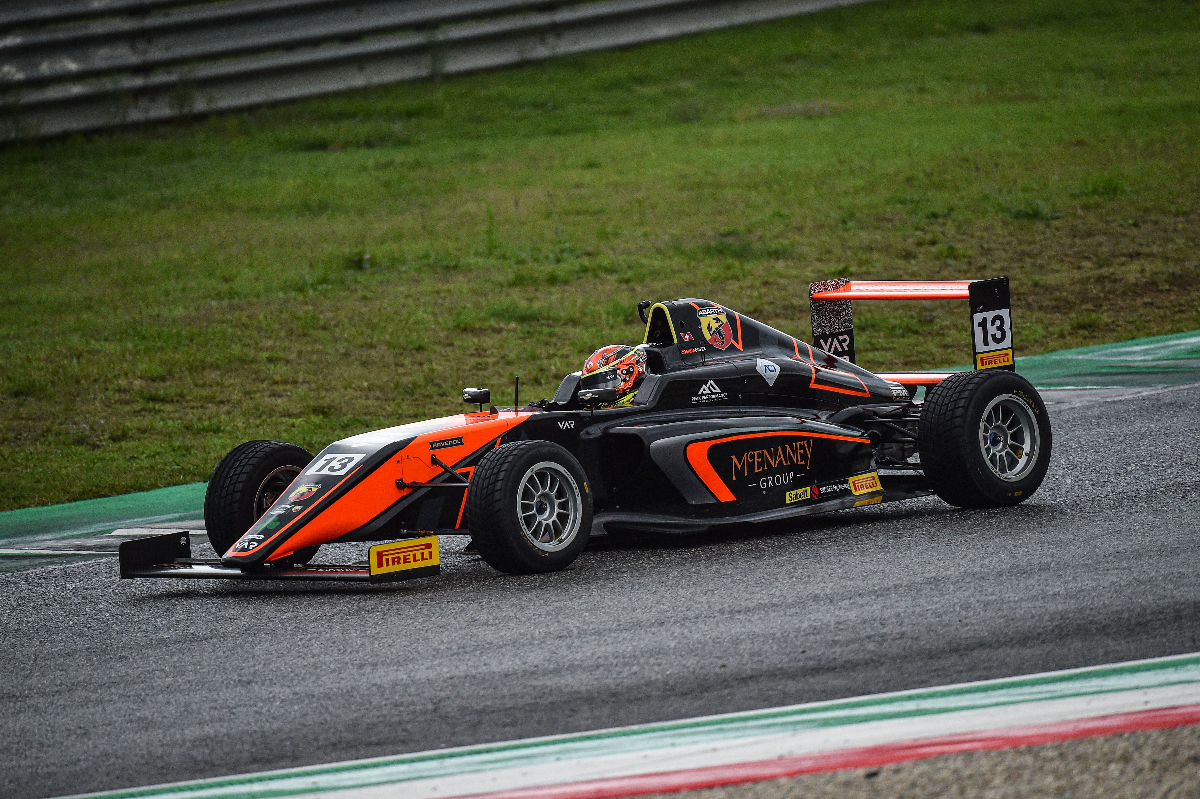 The Swiss racer kept himself under the radar through much of Q1, as US Racing’s Tim Tramnitz and Iron Lynx’s Leonardo Fornaroli initially disputed top spot.

Their monopoly of the top two positions was broken with just under five-and-a-half minutes to go as VAR’s drivers came up to speed.

Championship leader Ollie Bearman moved into second place past Fornaroli, before both he and Prema’s Sebastian Montoya jumped Tramnitz for provisional pole. Dufek rose to sixth place, then cooled his tyres down before his final effort.

As he met the chequered flag he earned his first pole position, going 0.144 seconds faster than Fornaroli. Just 0.007s separated Fornaroli and Montoya, while Bearman and Mucke Motorsport’s Joshua Duerksen shuffled Tramnitz down to sixth.

Q2 started in a similar way to the previous session, although this time it was Montoya who was trading times with Fornaroli at the start.

Again, it wasn’t until the second half of the session that VAR’s drivers got up to pace and this time Bearman provisionally held pole. With four minutes to go Dufek bettered him though, and the top two went unchanged until the end.

Montoya got within a tenth of a second of pole, but qualified third, ahead of Fornaroli and his own team-mate Kirill Smal.

After claiming his second pole, Dufek stayed out on track and earned himself race three pole too by possessing the quickest second-best laptime. Fornaroli got closest to that benchmark, and it will be Duerksen and Bearman who fill the second row of the grid behind him them for race three.