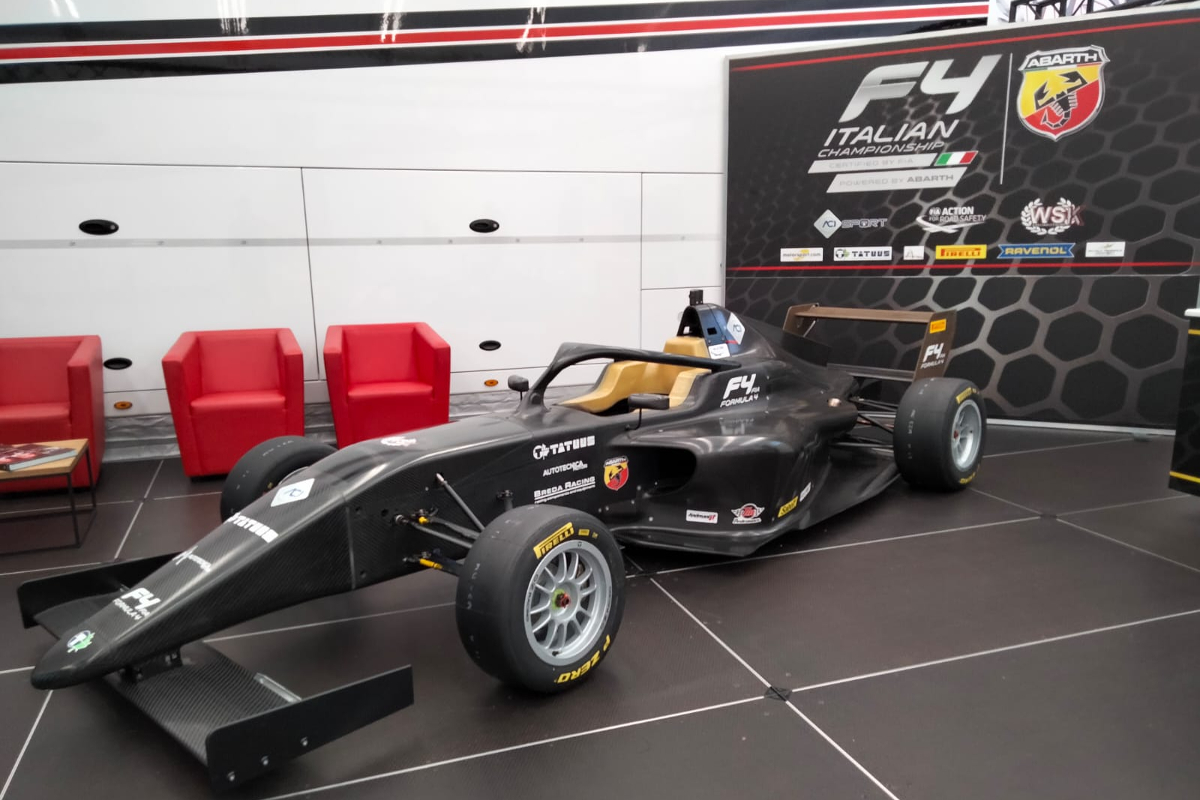 The Italian Formula 4 championship has presented the full specfications of the second-generation car it will use, as well as its 2022 calendar.

It was already known that the series would continue with existing chassis partner and adopt its new halo-shod T-421 car, set to debut in the United Arab Emirates later this year, but the choice of engine provider was surrounded in mystery.

A continued supply of the current Abarth-branded Autotecnica power units was what was initially expected, but the tender and selection proccess was strung out as series organiser ACI Sport evaluated a rival manufacturer’s engines.

Ultimately Autotecnica, which as a parent company is joined to Tatuus, won the contract for the next rules cycle (which runs from the 2022 season through to the end of the 2028 one) with its 1370cc four-cylunder 180-horsepower engine model.

It’s the same chassis and engine combination that will be used in the British and Spanish F4 championships from next year onwards, when British F4 joins its Italian counterpart in racing on Pirelli tyres.

The calendar for the next season is not too different to previous years in terms of locations, although Belgian Grand Prix venue Spa-Francorchamps has taken the second of the overseas round slots from Paul Ricard.

The season will get underway at Imola (May 6-8), then have a month-long break until Misano (June 3-5) and then Spa (June 17-19) where it will support Euroformula.

Vallelunga (July 1-3) is the last of the rounds before the summer break, then racing gets back underway on the Euroformula support bill at Austria’s Red Bull Ring on September 9-11.

Monza hosts the penultimate round (October 7-9), and the season concludes at Mugello on October 21-23.