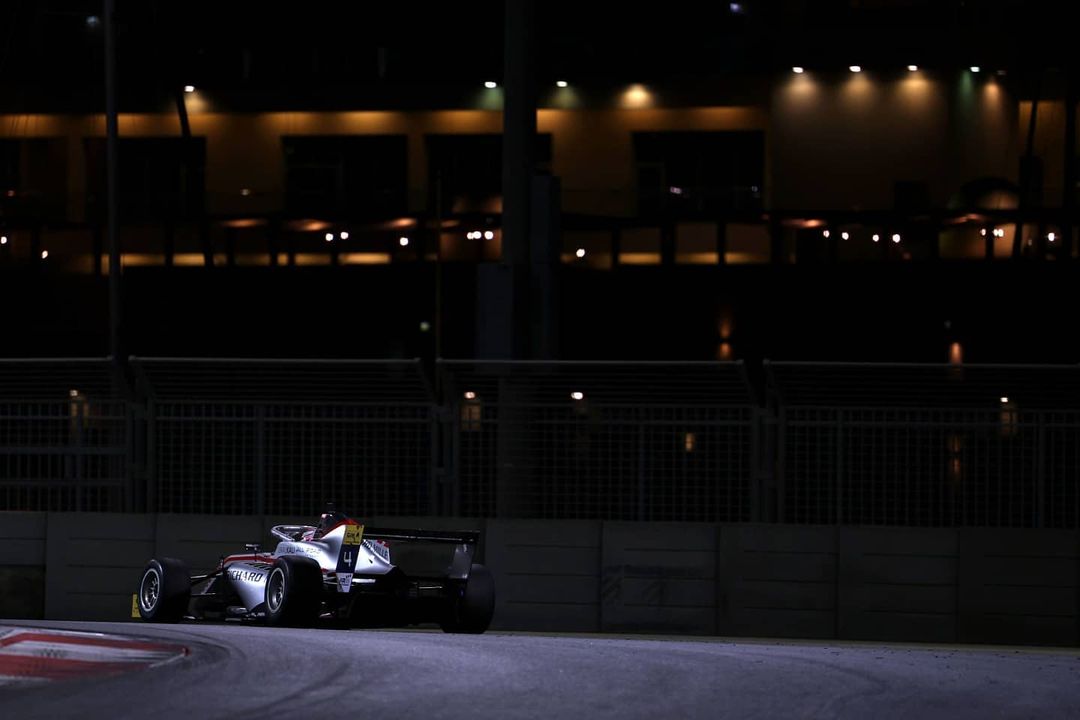 Sebastian Montoya and Gabriele Mini will start the first and third races of the opening Formula Regional Asian Championship round at Yas Marina Circuit from pole.

Mumbai Falcons’ Montoya was straight to the top in the first qualifying session once representative laptimes were being set, heading Ferrari-backed team-mates Arthur Leclerc and Dino Beganovic at first.

Cem Bolukbasi then went top for Evans GP, but the Formula 2-bound Turk would fade to 13th in both qualifying sessions. Hitech GP’s Isack Hadjar took over in first place after Bolukbasi briefly appeared there, but he didn’t hold the position long either as Montoya improved to a 1m52.174s to reclaim provisional pole.

Red Bull junior Hadjar responded, breaking into the 1m51s, and with his team-mate Mini doing the same, and Montoya couldn’t quite match them at first. He left it as late as possible to finally break past 1m52s, and managed it with a 1m51.849s lap that put him on pole.

A few seconds before the chequered flag, Abu Dhabi Racing by Prema’s Jak Crawford had set a new benchmark but Montoya beat it by 0.037 seconds. Hadjar was also within a tenth of a second of pole.

Mini, who was second fastest in pre-event testing [pictured above] and quickest in free practice, qualified fourth.

In Q2, which sets the grid for race three while the race one fastest laps are used for race two, it was Mini who set the pace.

He then brought the benchmark down to 1m51.925s, which was pipped moments later by Hadjar with a 1m51.909s. At this point Abu Dhabi Racing’s Paul Aron and Crawford languished outside the top 10.

Mini found an improvement of nearly four tenths of a second to then go top, ahead of 3Y Technology by R-ace GP’s Gabriel Bortoleto. Hadjar took two laps to respond, but was still 0.091s slower than Mini, and it was Montoya and Crawford who in the final seconds were able to find extra pace. Both came just short of Mini though, with Montoya starting alongside him on the front row by outpacing Crawford by 0.002s.

Bortoleto and Aron ended up fifth and sixth, while Marti was just 0.268s down in 10th place. His team-mate Dilano van’t Hoff failed to record a laptime in either session.