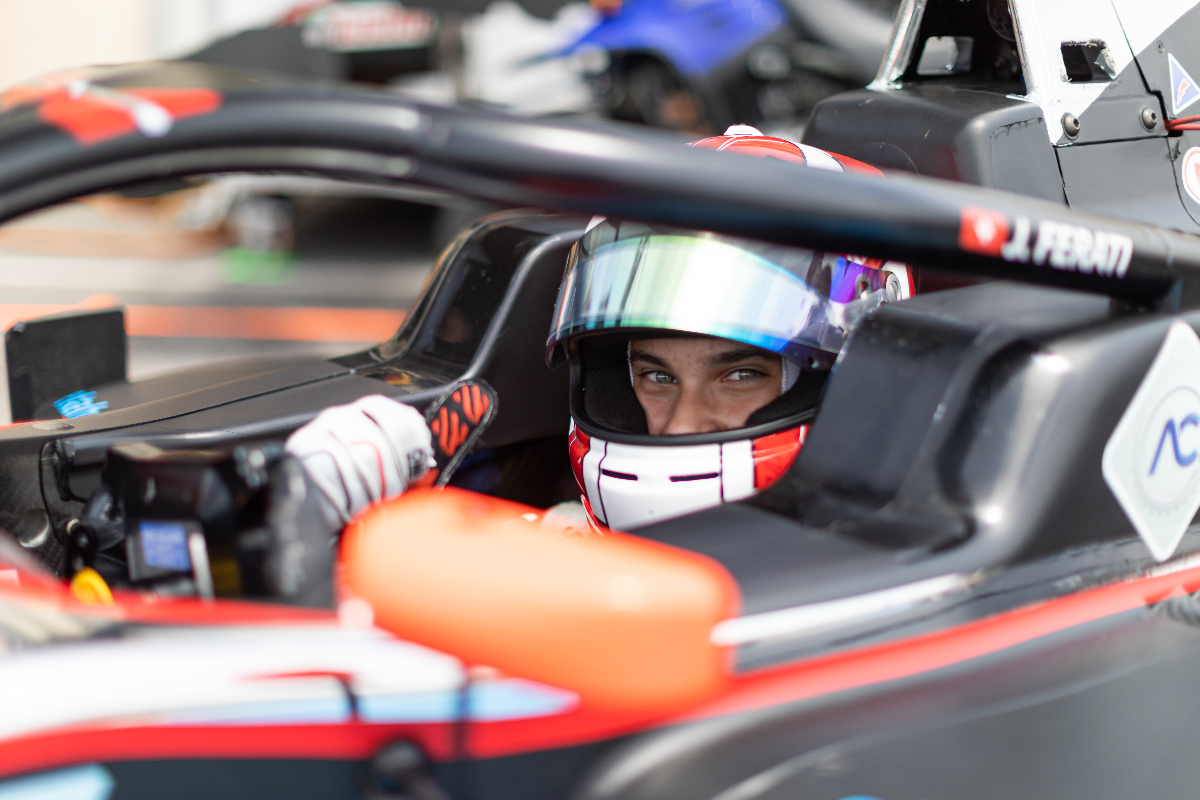 The Swiss driver joined Monolite in FREC this year after spending his rookie car racing season in Formula 4 and scoring points in the Spanish championship.

Over the first four rounds of the FREC season he had a best finish of 19th, and he contested the Thursday and Friday running at Zandvoort before pulling out.

“The Italian squad could rely on the lone Pietro Delli Guanti today after Jasin Ferati was forced to sit out due to a helmet issue,” Monolite Racing stated on Saturday.

“The efforts made by the Swiss driver and by the whole team to find a replacement one with the right homologation and take part in the event were unsuccessful.”

That was followed on Tuesday with joint statements from both parties stating they had now split.

“Ferati no longer with Monolite Motorsport After Friday’s free practice session of the fifth round of the Formula Regional European Championship in Zandvoort. Swiss driver Jasin Ferati and Monolite Racing agreed to take different ways in the future. There will be no further comments about the split.”

Monolite is now required to find a second driver to partner Pietro Delli Guanti, currently 22nd in the standings, to be able to contest the next round at Spa-Francorchamps on July 23-25.

Article 6.1.1 of the FREC sporting regulations states “each team competitor must enter a minimum of 2 (two) cars, but may not enter more than 3 (three) cars for thewhole of the season”.

G4 Racing went down from three cars to two at Zandvoort as Belen Garcia was ruled out by chassis damage from the previous round at Paul Ricard that couldn’t be repaired in time.

Over in America, there are also changes to Regional Formula 3 grids as Nick Persing steps up to FRegional Americas with Velocity Racing Development for this weekend’s round at Mid-Ohio.

Persing finished ninth in United States F4 in 2020, as well as winning races in club racing, and has raced in the series with VRD this year.