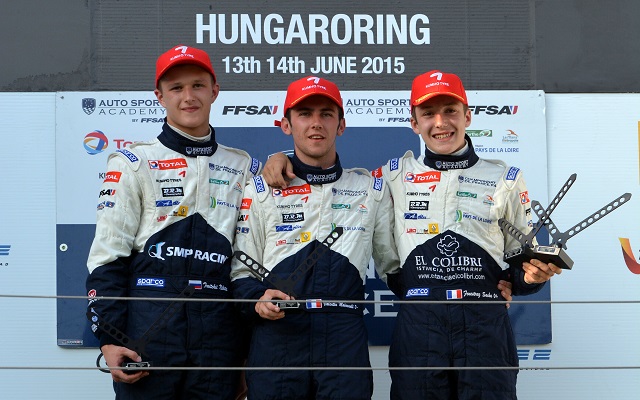 French F4 pre-season favorite Valentin Moineault reclaimed the championship lead with an easy win in race one at the Hungaroring.

Moineault started on pole and led all 12 laps, completing the race with a 3.7s lead over Russian driver Nikita Troitskiy.

Troitskiy, who skipped the most recent round to race in SMP F4, returned to claim his third consecutive second-place finish in the series.

Former points leader Sacha Fenestraz will keep well in touch with Moineault after this race, having finished on the podium, ahead of Julien Andlauer and Alexey Korneev.

Having started fourth, Gabriel Aubry was down to the back of the pack on lap one. He fought through the field before getting stuck behind Louis Gachot, but that proved enough for tenth and reverse-grid pole for race two.

Piquet on pole for Indy Lights debut in Toronto