Piquet on pole for Indy Lights debut in Toronto 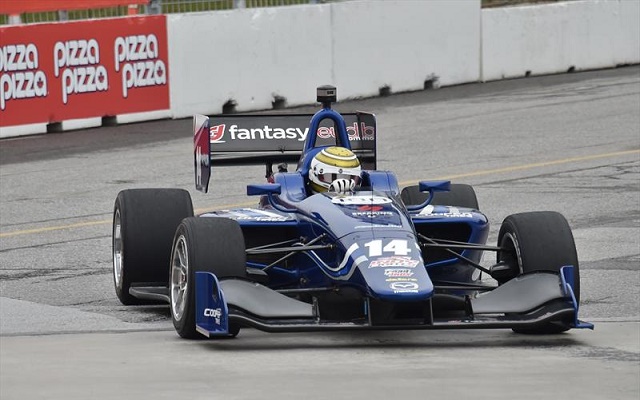 Formula E points leader Nelson Piquet Jr will start his first race in Indy Lights from pole position, having topped qualifying on the streets of Toronto.

After a chaotic start to the session which saw Juan Piedrahita break his front wing, Piquet spin and points leader Jack Harvey catch a sideways slide, Pigot settled in as the session leader.

And he seemed poised to take pole until the final minute, when Enerson raised the benchmark.

However, Piquet managed to start a flying lap right before the checkered flag and managed to beat both drivers by around two tenths.

Pigot looked set to improve as well, but ended up making contact with the wall, albeit picked up no damage and ended up just narrowly short of his own best time. He settled for third behind Enerson.

Harvey was fourth, ahead of Felix Serralles and Piquet’s teammate Ed Jones.

Andretti’s Shelby Blackstock recorded his best qualifying effort of the season in seventh, ahead of Piedrahita, Kyle Kaiser, Scott Anderson and Ethan Ringel.