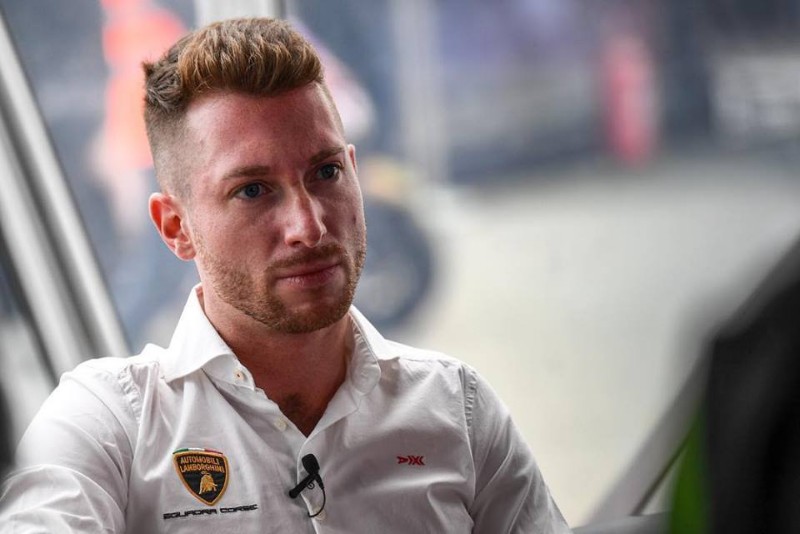 After dominating the FIA Formula Two season and testing with the Williams Formula 1 team in 2011, Mirko Bortolotti swiftly disappeared from the single-seater map.

The 21-year-old had been part of Ferrari and then Red Bull’s junior setups after winning the Italian Formula 3 title in 2008, but had two underwhelming seasons while under F1’s wings. It was at the end of 2011 though, where he won seven out of the 16 races in the MSV-ran series and never finished lower than sixth, that his motorsport dream started to fade.

“I was quite close to quitting racing [entirely] after 2011. I felt I wasn’t at the highest point I could be at that moment,” Bortolotti tells Formula Scout in candid detail.

“But really it was actually the highest personal point for me, because I realised it’s actually quite tough to continue a career, and [as a result] I started to lose my belief into the system. It was a bit weird. So I had to really sit down, take a break, and just make sure if it made sense or not to continue.”

“In that period of my life, I was lucky that I found people that really believed in my abilities, gave me a chance.”

Two years later, Bortolotti picked up a drive in the silhouette-based Eurocup Megane Trophy with former Formula Renault squad Oregon Team. He won the title, but more importantly picked up the skills required for closed-cockpit racing and relaunched his career. 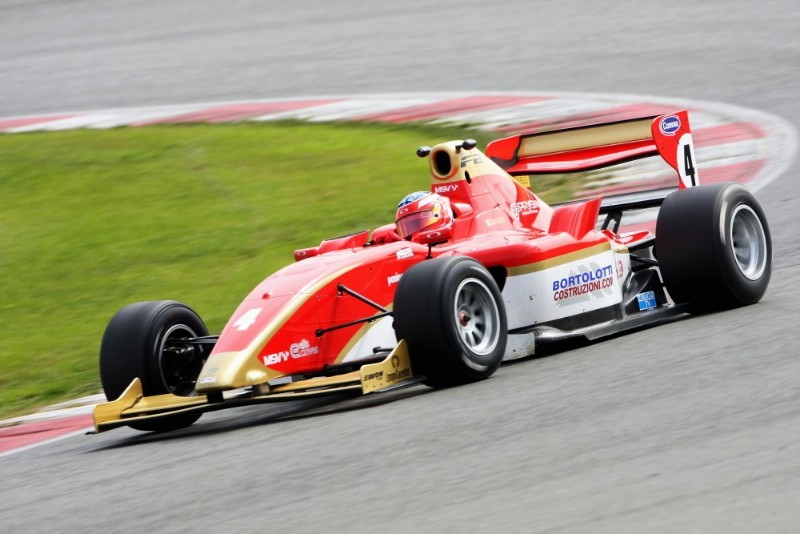 “I was focused on single-seaters for majority of my career, F1 was the ultimate goal, and we know how complex and difficult it is to get everything in order to get a chance there. It didn’t work out in the end, unfortunately, that’s why I had to refocus and sit down with myself to see how and where the journey should continue, and at the end of the day ideally end up.”

Bortolotti’s Williams test was nothing more than a prize for being F2 champion, and it’s a surprise his imperious form did not translate into a drive for 2012.

“It was a strong year [on-track]. Due to the fact that you were not allowed to go testing, and everybody had the same test days, the same sets of tyres, throughout the season [in MSV F2]. It puts you in the same conditions to your opponents, and it was exactly the kind of racing environment I needed, because I didn’t have big budget to go GP2 – where the more budget you had the more competitive you would be.

“I really needed a kind of environment like MSV F2 in order to be at the same level as the others and to have the same chance. I really rate that [championship structure]. I had a really consistent year. Didn’t make many mistakes, and that gave me the chance to take over the points lead and end up taking the title.”

At the start of 2014, the newly created Lamborghini Squadra Corse factory team got in contact with Bortolotti. Although it was a huge name in the world of supercars, its bespoke motorsport department had started from zero just a few months previous. It would be no exaggeration to suggest the success the Italian manufacturer has achieved since has been built around Bortolotti’s on and off-track input. 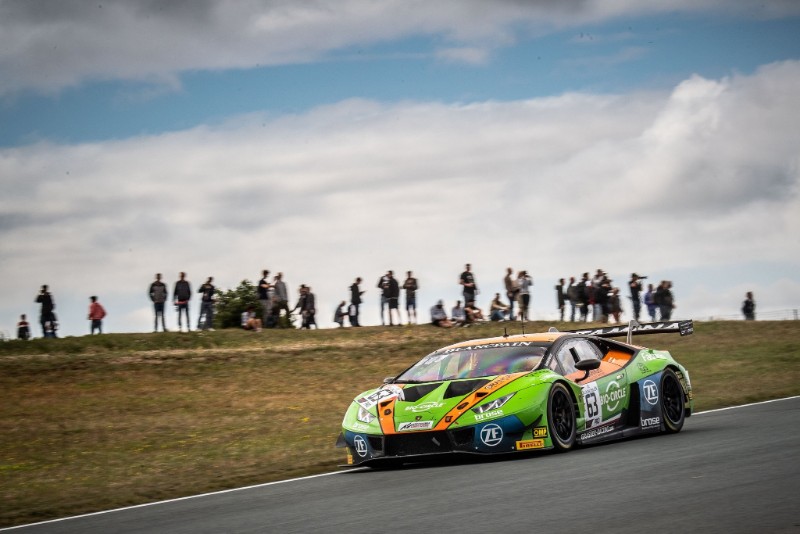 “That was pretty much the period where everything was starting to get built, and the pieces of the puzzle were starting to be put together. Lamborghini was looking for fast, reliable, good drivers for the new GT programme. I had the opportunity in my career to be successful. Luckily they knew who I was, got in touch in me, and it was perfect timing both for me and for Lamborghini to find a deal together.”

Bortolotti penned a factory deal at the end of 2014, and started work on the development of Lamborghini’s new Huracan GT3 racer. The career stability enabled him to return to single-seaters too, where he represented his home nation Italy in the short-lived Formula Acceleration 1 series.

While his Megane success was what launched him into Lamborghini’s path, it is the years spent in single-seaters that Bortolotti points to for being able to take on the responsibilities he has today as both a factory driver and brand ambassador.

In the centrally-ran MSV F2, drivers worked with one mechanic for the whole season and had a rotating cast of engineers, a system which was valuable preparation for working with the larger array of teams and individuals via Lamborghini.

“Everything that you experience as a driver, every new environment, new engineer, new race track, new car – the more chance you have to have different experiences the more you grow up and improve as a driver. MSV F2 was an extremely important step in my career [for that reason].

“Being part of the Ferrari Driver Academy and Red Bull Junior Team was also very useful. From the experience and knowledge side, obviously every testing kilometre you get in F1 with the engineers. 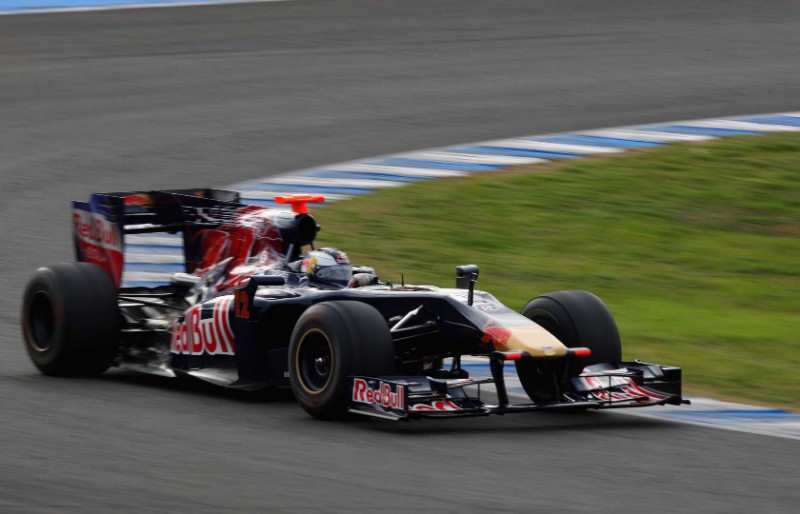 “We were not testing just for fun. Back in the days, I think it’s quite similar now, testing was restricted. They had to use the young drivers to develop the car, so it was really a proper test. It was work for them, valuable data, so it was important for the team and for me to be part of those tests. It really gave me the chance to improve as a driver and learn a lot.”

With Lamborghini he has taken class wins in the Daytona 24 Hours twice and this year’s Sebring 12 Hours, a performance he cites as the best of his career, as well as the 2017 Blancpain GT Series Endurance Cup.

Citing periods where he had to learn as a racing driver as important to his career, rather than on-track success, demonstrates the super-focused approach (and lack of blinking) that Bortolotti has become famed for.

“I’ve never changed. I think that when you get in the car and you do your job in the cockpit, you’re not really thinking about how you might look on the outside. Obviously having an onboard camera in Blancpain changed a little bit my – how would you say – I learned about myself.

“I didn’t realise I wasn’t blinking, but [former F1 racer and commentator] John Watson realised and it became a trademark. The guy that doesn’t blink. It’s quite cool. Actually, it makes sense I’m not blinking because I’m not there to blink, I’m there to be fast. That’s my job, and that’s why I don’t blink.” 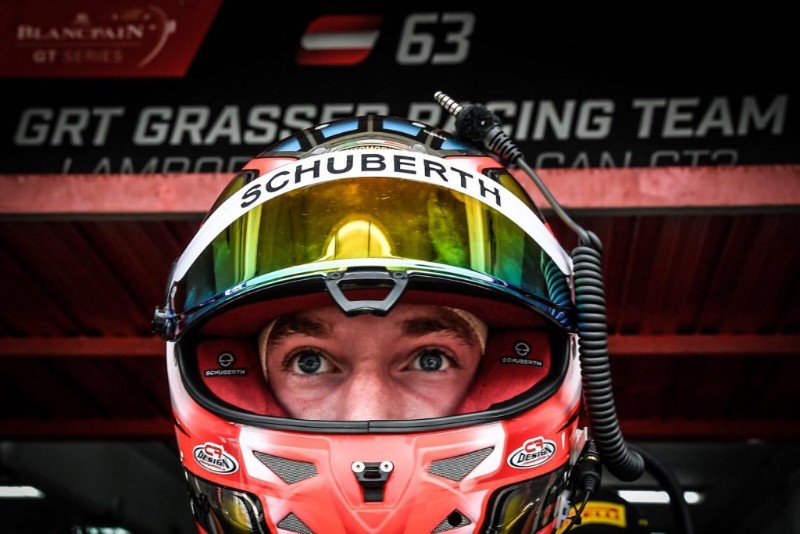 Bortolotti believes he’s carried the same focus since the very start of his motorsport career.

“When you live motorsport the way i do, it means that you’re 360° 24/7 into it, so [the mindset] it’s a normal way of working method. And you get to the rhythm of that.

“This is definitely my dream job. I’ve been through basically every single category up to being F1 test driver. I tested for three different teams, and after that stage the goal was to be a professional racing driver.

“I’m really happy with my daily office on the racetrack, which is a Lamborghini Huracan GT3 Evo. I’m really blessed to be driving nearly every day, and trying to fight for race wins with our product. I think it’s not just the driver that drives it, but it’s all the people around that make the dream work. It’s a nice working atmosphere, Squadra Corsa’s a family.

“Being part of Lamborghini since day one, considering the motorsport department is [new], is something special. I’ve seen this growing up from zero more or less, and that’s why every success means more than it can mean to any other driver.” 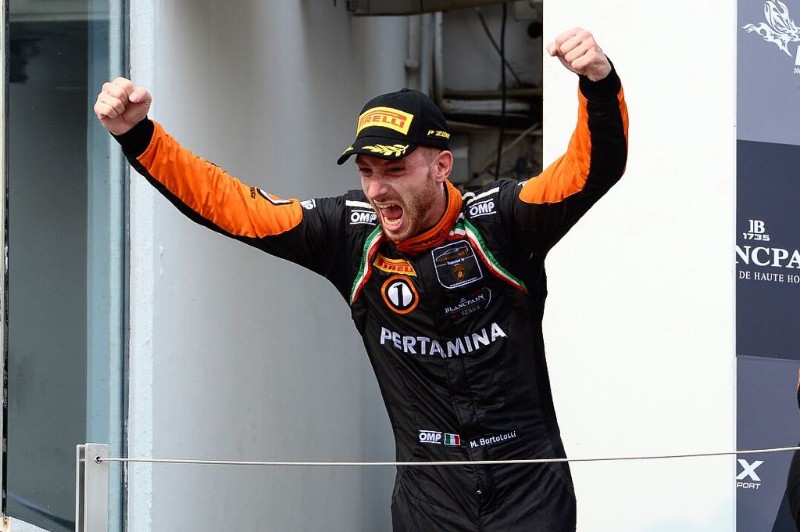 Developing a car hand-in-hand with racing it is what Bortolotti could have also achieved in F1, where one particular car impressed him massively.

“The best car I have ever driven is the Ferrari F2008. It was probably one of the best Ferraris ever, and with the regulations back then they had grooved Bridgestone tyres made for that car. The bespoke aerodynamics, so the experience of that car with the driveability, the braking performance, obviously the power – revving up to 19000rpm. The corner speed was just mental.”

Would Bortolotti want to repeat that thrill, in say, a Lamborghini-badged single-seater?

“On one hand it would be cool to see Lambo in F1, but at the moment it’s not realistic and not our target.

“In terms of driving single-seaters, or a high-downforce car quick, that’s always been my natural habitat. I grew up with that. It would be really easy for me to go back [to single-seaters] and be on the pace quite soon.

“On the other hand, I really would say no because I – don’t get me wrong – don’t like the way F1 has developed in terms of racing.

“It’s not the kind of racing I like, and that’s why I really love what we are doing here. Not only in Blancpain, but in the most important GT championships worldwide where we are competing. This is proper racing, this is 10 to 11 brands fighting for the win on the same level.

“You can have 25 cars in one second, whereas in F1 you have four cars in one second. It’s so exciting, you go to the next race and never know who’s going to win. That’s why it’s so hard to be successful in GT racing, you have to be a top of your game every time. Not only you, but everybody in the team has to be top, top, top if you want to be successful. Otherwise it’s not possible.

“That’s what makes it so special. That’s why I am really happy with what I am doing with Lambo, and I would not change that for any drive in F1.” 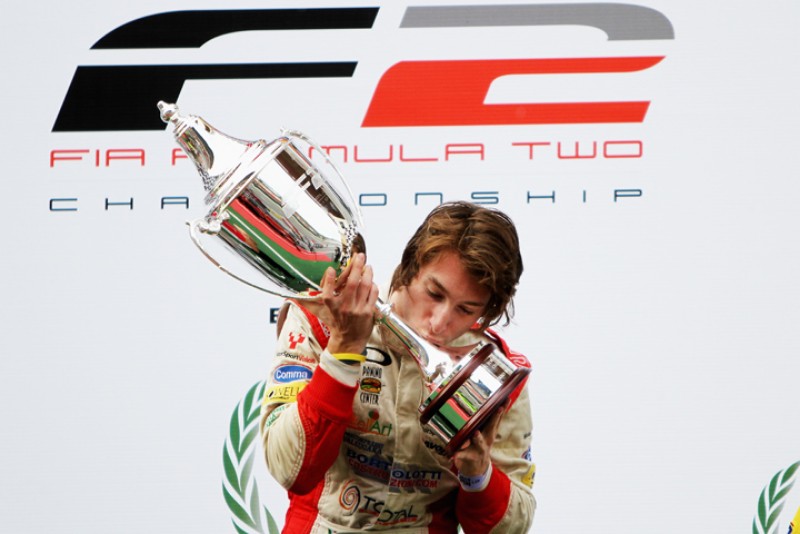