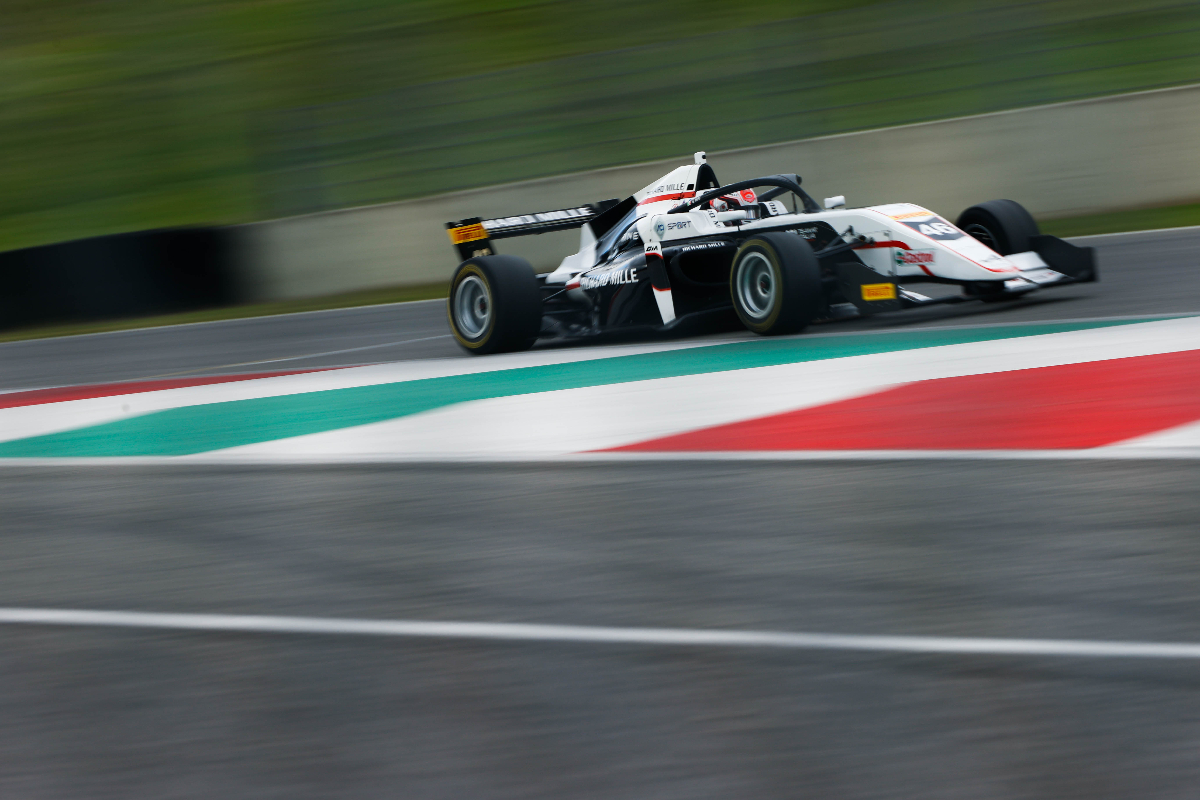 The post-season test, which also featured Euroformula team BVM Racing on track with Francesco Simonazzi, is taking place over three days this week and with two sessions on each day.

Incoming team Trident set the pace in the morning session on Thursday with Sami Meguetounif, with the young Frenchman over half a second up on the next best driver who was R-ace GP’s Gabriel Bortoleto.

The lap that put Bortoleto in second place, a 2m06.144s, was the benchmark for the rest of the drivers to beat through the middle of the morning session, with Mini and R-ace’s Hadrien David the only other two in the 2m06s.

David would end up not improving on his own lap from that time at any point in the day and ended Thursday down in 21st while Van Amersfoort Racing’s Kas Haverkort took over his third spot in the morning session before Meguetounif surpassed all of them in the final hour to end the running on top and as the only driver in the 2m05s.

After being jumped by Meguetounif in the morning, Bortoleto didn’t take long to get to the top again in the afternoon although at a slower pace than before. Havekort displaced him from first place with a 2m06.095s lap, before Mini then hooked together a 2m05.427s.

Haverkort closed the gap with a 2m05.834s, but Mini then broke into the 2m04s. Dilano van’t Hoff (MP Motorsport) and Joshua Duerksen (Arden) were able to do the same, with van’t Hoff bringing the pace down to 2m04.654s.

Mini put on a new set of tyres and returned to track in the hour after to reclaim first place with a 2m04.492s.