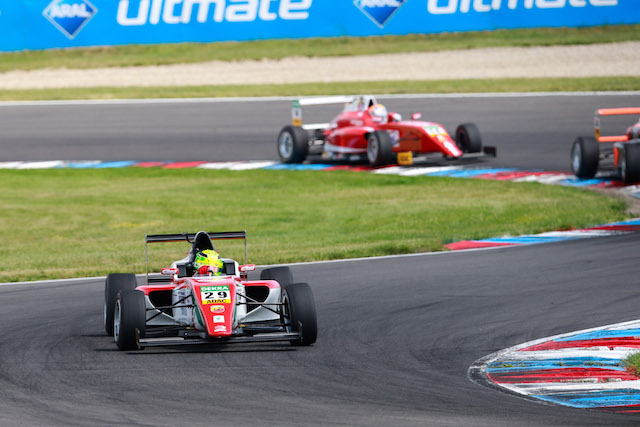 Mick Schumacher doubled up in a second interrupted ADAC Formula 4 race at the Lausitzring.

Whereas race one was red-flagged after a first-lap pile-up, race two had?a number of smaller incidents that caused three safety car periods and eventually, another red flag.

The first came when Andreas Estner was harpooned at Turn 1 by Kevin Kratz at the end of lap one, and a similar incident followed in the same place between Yannick Brandt and Toni Wolf?following the restart.

After the second restart, Michael Waldherr?ran?Moritz Muller-Crepon off the road and into a barrier, then locked?up and sent himself and?Louis Gachot?into the gravel a few corners later.

With the clean-up still ongoing with three minutes left on the clock, the decision was taken to end the race prematurely.

Schumacher took victory having kept?Joey Mawson at bay during the limited green-flag racing.

Thomas Preining was eighth ahead of?Felipe?Drugovich, with?Juan Correa and Fabio Scherer making it into the top 10.