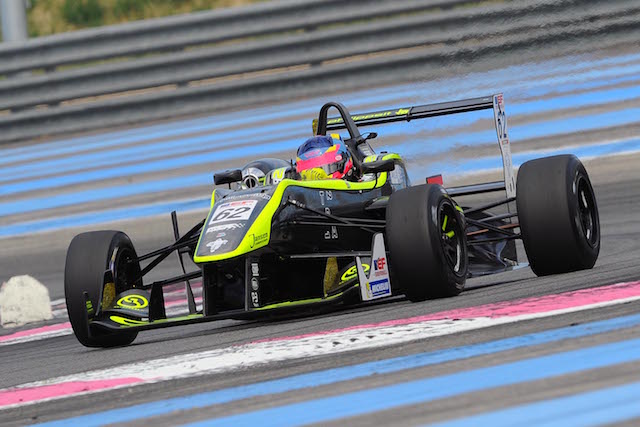 The Austrian driver led a lights-to-flag race but was consistently being challenged the entire way to his debut win in the series.

When the lights went out, Habsburg lead front row starter?Damiano Fioravanti into Turn 1 as third place starter Antoni Ptak bogged down. This allowed championship leader?Leonardo Pulcini to get passed into third.

With the front three leading away, several small incidents between drivers occurred over the first few laps but nothing major enough to require a safety car.

With the grid evenly spacing out a few laps in, it was Habsburg and Fioravanti fighting over first position that had the most excitement?as the Italian driver would catch up on the back straight but never be close enough to pass.

However, it would all be in vain in the end as Fioravanti attempted a risky pass across the curbing into Turn 6, only to make minor contact with Habsburg, spinning himself in the process.

With Fioravanti out of the way, it was Pulcini who would be onto the back of Habsburg after setting fastest lap after lap to catch the Austrian. He too would get incredibly close but never close enough to pass Habsburg, even as?the pair were separated by under a second most of the race.

Pulcini finished second taking his fifth podium in as many races.

Third place went to?Pulcini’s teammate?Diego Menchaca who had been running fourth for the entire race before Fioravanti’s spin.

Fourth place went to Ptak after the Polish driver made his way back through the field from sixth. Fifth was?Igor Waliko, who was involved in an incident with?Colton Herta earlier in the race.