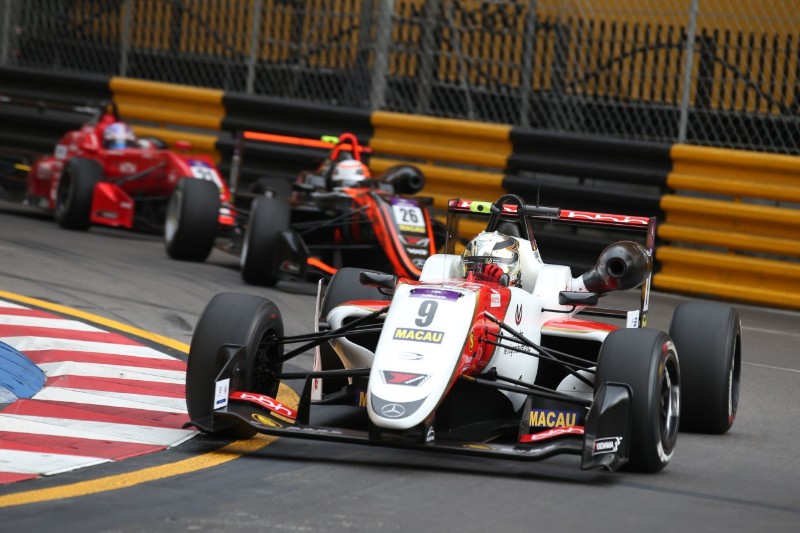 Prema Theodore Racing driver Schumacher also topped FP1, and initially had no answer to the pace of Formula 3 returnee Joel Eriksson, who led the first half of the session, often by more than half a second.

Carlin driver Ilott, another F3 returnee, was initially his closest rival, before Schumacher took over the mantle as the first runs for most drivers came to an end.

It was only late in the second runs did the times at the top start to drop again, with Eriksson’s Motopark team-mate Juri Vips leaping into first place. A traffic-free lap for Ilott with five minutes to go then put him top, having survived an earlier moment in the Mountain section while on the limit, before Schumacher put in the benchmark time two minutes later.

Ilott got within 0.091 seconds of Schumacher with his last lap, but the?session was red flagged after a Toshiki Oyu crash at Maternity Bend before anyone else could respond.

Vips ended up in third, ahead of smooth Hitech GP driver Jake Hughes and provisional poleman Dan Ticktum. The Motopark driver and 2017 winner had a longer first run than most, and ended up doing the most laps of anybody.

Ferdinand Habsburg, the star of Macau last year before crashing at the last corner, was the last runner within a second of Schumacher in 11th place.