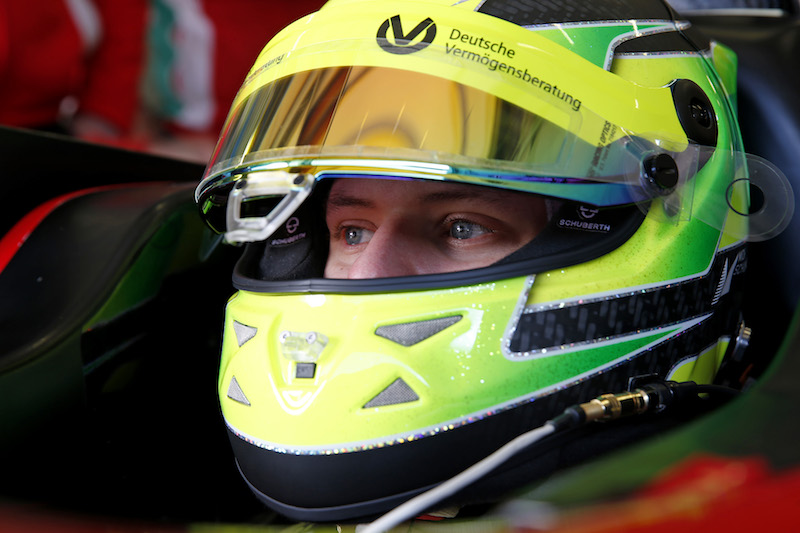 Schumacher, who is returning for a second season in European F3 with Prema after coming 12th in 2017, posted the day’s best lap of 1m34.304s in the morning session.

Palou, who has joined the series with Hitech, was just 0.081 seconds adrift in the morning and then lowered his time to top the afternoon session, this time only 0.044s slower than Schumacher’s benchmark.

Prema occupied four of the top five places in both the morning and overall, with Formula 4 graduate Marcus Armstrong third in front of F3 veterans Ralf Aron and Guan Yu Zhou.

Formula Renault Eurocup champion Sacha Fenestraz came ninth in the morning (ahead of Jonathan Aberdein) before taking second Palou in the afternoon.

Lapping 0.175s slower than Palou, Fenestraz’s lap put him sixth overall at the end of his first day in Renault Sport Academy colours.

His Carlin team-mate Jehan Daruvala – who has adopted Force India’s pink colours for this year – completed the afternoon top three with Schumacher in fourth.

Enaam Ahmed was sixth for Hitech, with exactly the same time as fifth-placed Zhou, and ahead of Ticktum, Aberdein, Aron and Armstrong.

The 23 drivers confirmed for the 2018 season took part in the first day of testing.

The FIA revealed a 24-car entry list earlier this week, with the addition of a third Van Amersfoort Racing car for an unspecified driver.

Sophia Florsch tested that car in the team’s private running at Portimao last week, but the team ran just its two signed drivers on Thursday.