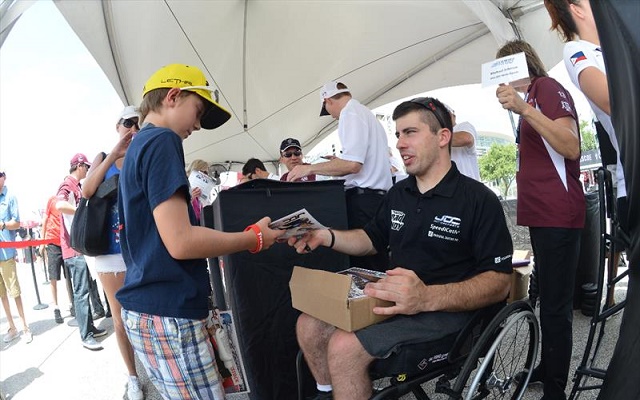 American racer Michael Johnson was taken to hospital after suffering a crash in the the first Pro Mazda free practice of the weekend at St. Petersburg.

Johnson, 22, made contact with the wall at turn three in the final minute sof the session. He remains in intensive care and has been diagnosed with fractures to the hip and pelvis.

Paralyzed after a motorcycle accident ten years ago, Johnson was set to start his second season in Pro Mazda this weekend, continuing his long-term partnership with JDC Motorsports.

His career dates back to 2011 when he took third in the Skip Barber Summer Series with three victories. He then moved on to USF2000 where he spent two seasons, ending them in 15th and 19th respectively.

Last year he moved up to Pro Mazda to finish his rookie season in 13th with a best result of tenth at St. Petersburg.

Further updates will be released by his press releations team as soon as they are available.