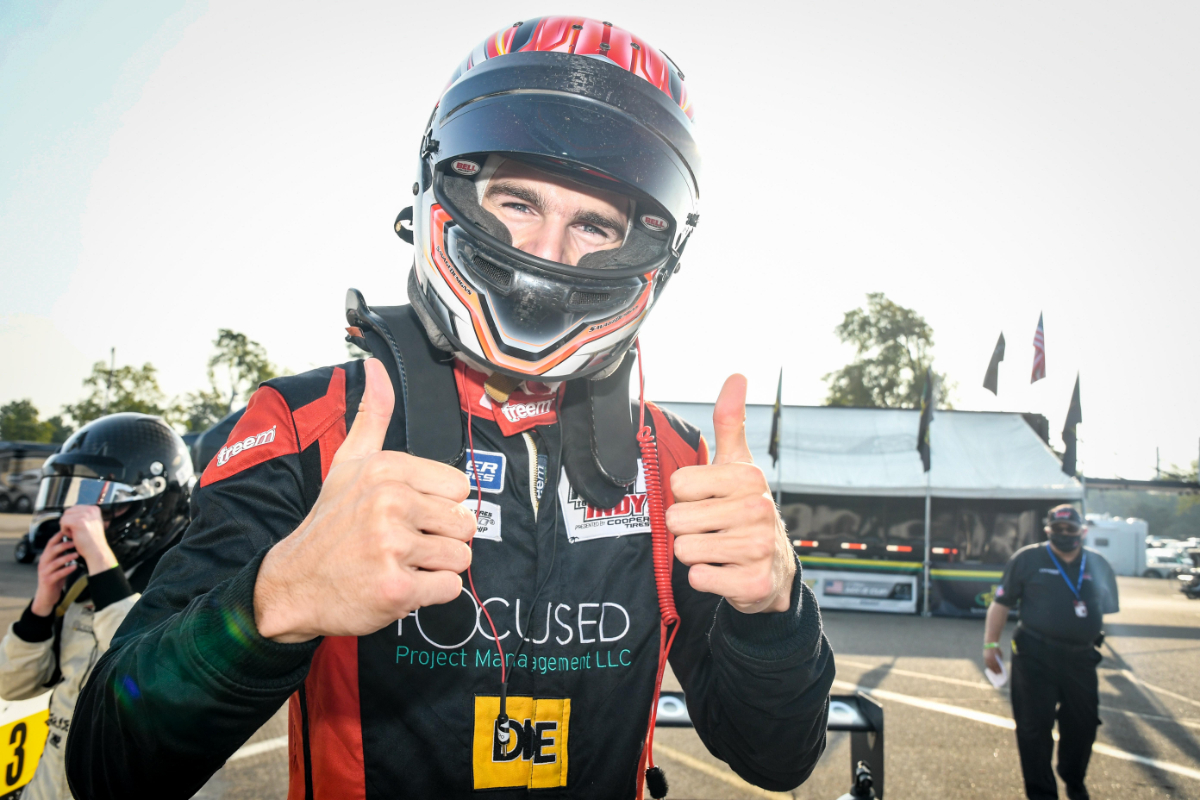 Michael d’Orlando will go for the USF2000 title with Cape Motorsports this year, after finishing fourth in the points with the team in 2020.

The 18-year-old had a part-season in USF2000 back in 2018 with some impressive results, before moving down to United States Formula 4 in 2019 and again impressing despite not completing a full season.

He finally ran a full calendar of events when he joined Cape in USF2000 last year, and among the five podiums he claimed was a win at Mid-Ohio.

“I’m super excited to be back with Dom and Nick [Cape] and the entire team for my second full year in the USF2000 championship,” said d’Orlando.

“The amount I learned last year is impossible to put into words and I can’t wait to build on it this season.

“We were quick in the off-season testing so I’m super excited to see what speed we can bring to all of the races this year. Together we have the ability to be fight for the championship.”

Cape has signed NACAM F4 race-winner and karter Thomas Nepveu in addition to d’Orlando as it plans to continue its decade-long run of winning USF2000 titles.

“We started this journey with Michael over a year ago and we’re extremely excited to have him back for our 2021 campaign,” Cape Motorsports owner Dominic Cape stated.

“Michael will be one of the main contenders for the 2021 championship, and as a team we will give him all the tools he needs to accomplish his goals.”

The USF2000 season starts at Barber Motorsports Park on April 16-18.