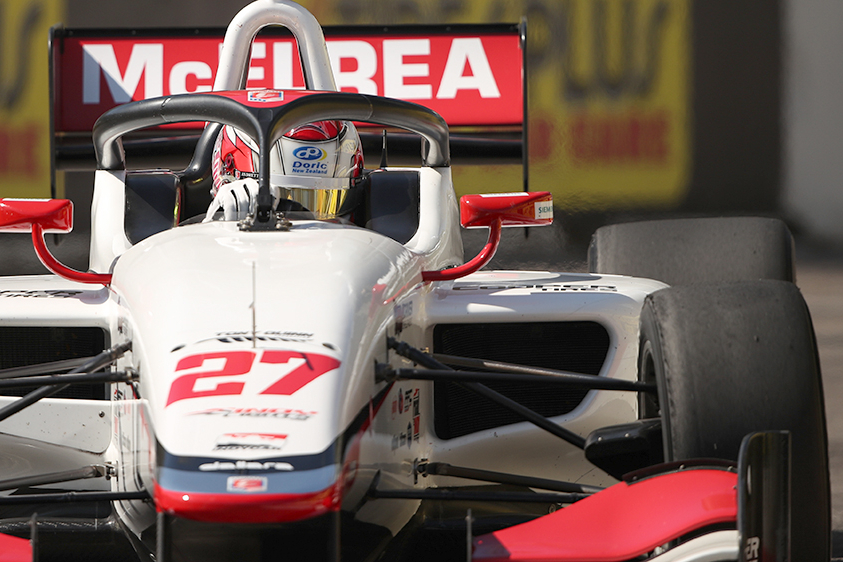 His fellow team boss Roger Penske purchased Indianapolis Motor Speedway and IndyCar at the start of 2020 through Penske Entertainment Corporation, then in 2022 also took control of Indy Lights, a series that has been renamed Indy Nxt for 2023.

Although the Indy Nxt calendar has been shortened since IndyCar’s takeover, the car count in the series has increased and Andretti Autosport’s recent signing of Jamie Chadwick means there are already 14 full-time drivers committed to next season.

Formula Scout asked Andretti what impact has been felt as a team owner in Indy Lights following a season under IndyCar’s stewardship, and what the rebranding of the championship means for the direction of the series.

“Well I think finally the IndyCar scene [realised] how important Indy Nxt is to their future,” he replied.

“It took me a little bit of coaxing with Roger to get him behind it, and I think since he started to look into it and see the interest and see what it’s all about, I think he’s really gotten behind it big time.

“I think he does now get it, and he sees how important it is for the future growth of IndyCar to have a support series like Indy Nxt, so I think things are really bright for Indy Nxt now for the future because I think Roger is… definitely the light went off in his head that he sees that he needs to get behind this and support it.”

One of the shared ambitions of both team owners, who are rivals in the IndyCar paddock, is to bring more teams from the top-tier series into the support paddock. Dale Coyne Racing has done so by tying up with Indy Nxt’s biggest team HMD Motorsports, while Juncos Hollinger Racing is set to return to the series next year alongside its IndyCar programme.