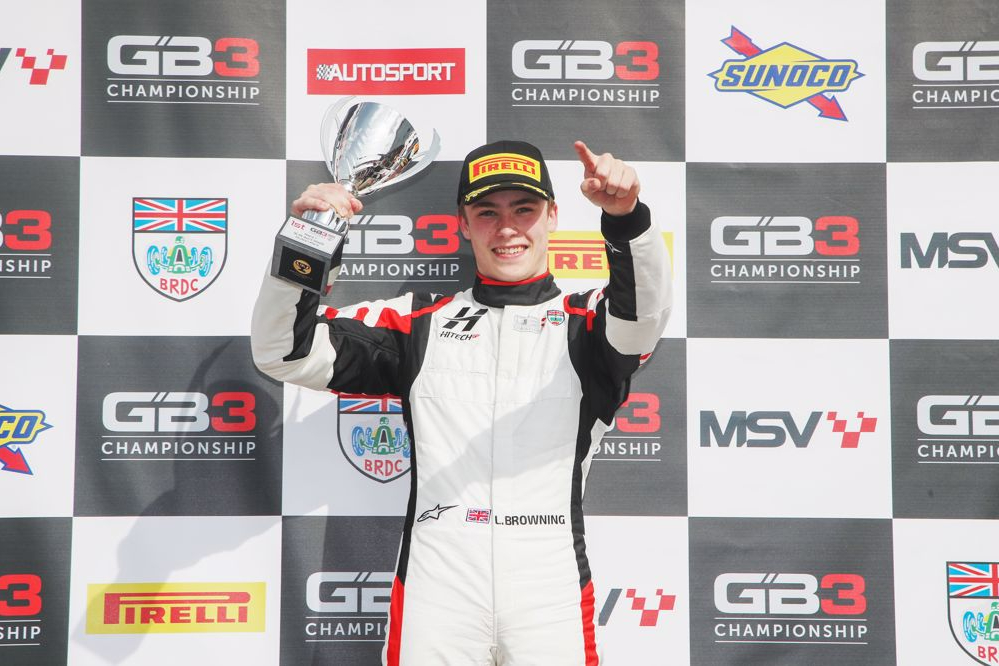 The full prize list for the 20-year-old is a £200,000 cheque, a test in one of Aston Martin’s F1 cars, full British Racing Drivers’ Club membership and an Arai helmet. His GB3 title success also means he has an FIA Formula 3 test awaiting him too.

Browning came third in Ginetta Juior in 2018, then moved into single-seater racing via Formula 4. He came sixth in the British championship in 2019, won it in 2020 and then was third in the German championship in 2021. At the end of that year he stepped up to GB3, winning on his debut weekend, and carried that form into 2022 with five wins and the title.

“Incredible! It was really special to see all the names in the room, to add my name to the list… words can’t describe,” said Browning after recieving the award from F1 champion Sebastian Vettel, IndyCar champion Dario Franchitti.

“It’s a testament to the guys of the hard work they put into me, I’m so grateful. Thank you.”

He added: “When I look back to David Coulthard as the inaugural winner and see the list of names that have followed him, it feels very special to now see my name up there alongside them.

“Words can’t really describe how grateful I am for the opportunity that I now have in front of me and this is the most amazing way to finish what has been a fantastic year for me on track.

“I have to give a huge thank you to everyone at Hitech GP for the success on track in GB3 this season, but this award goes far beyond that and I owe a huge debt of gratitude to everyone who has helped me to get to this stage in my career.

“There are far too many for me to mention by name, but to each and every person who has helped me through the years, I’m so, so grateful – and I hope that this award can now be the springboard to even more success in the future.”