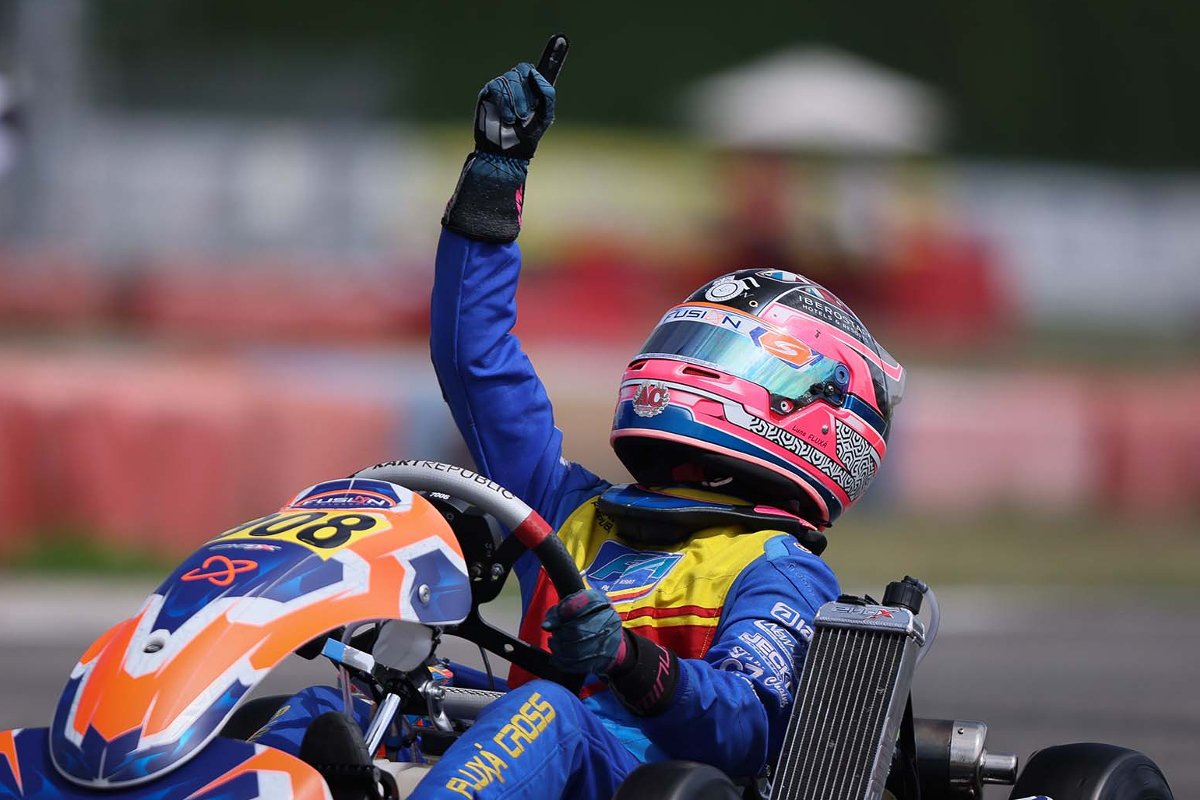 The Mercedes-AMG Formula 1 team has grown its roster of junior drivers for 2022, with the addition of Daniel Guinchard and Luna Fluxa.

Guinchard has been one of the most successful karters of the last two years, and moves into single-seaters with Argenti Motorsport in British Formula 4 this year.

In 2020 he came second in the Rotax Max Challenge Euro Winter Cup and won the International Trophy at the junior level, and also came fifth in the German Junior Karting Championship and won the parralel ADAC Kart Masters title.

The 11-year-old Spaniard has stepped up to OK-Junior karts with the factory Kart Republic team for 2022, and is currently racing in the WSK Super Master Series.

Gwen Lagrue, Mercedes’ driver development advisor, said it was “special” to make Fluxa the first female signing of the programme.

Mercedes retains its five junior drivers it supported in 2021, with Frederik Vesti graduating to Formula 2 with ART Grand Prix, Paul Aron spending a second season in FRegional European Championship and Andrea Kimi Antonelli racing in F4 in Asia and Europe after transitioning into single-seaters in the second half of last year.

Alex Powell and Yuanpu Cui will both race on OK karts in 2022, with Jamaican prodigy Powell having already got his programme underway as he currently sits third in WSK SMS. Like Fluxa, he is also a factory Kart Republic driver.

Last year he came third in the WSK Final Cup after stepping up to senior karting, with his 2021 also including success on OK-Junior karts in Europe. Chinese racer Cui will be making his OK debut this year.