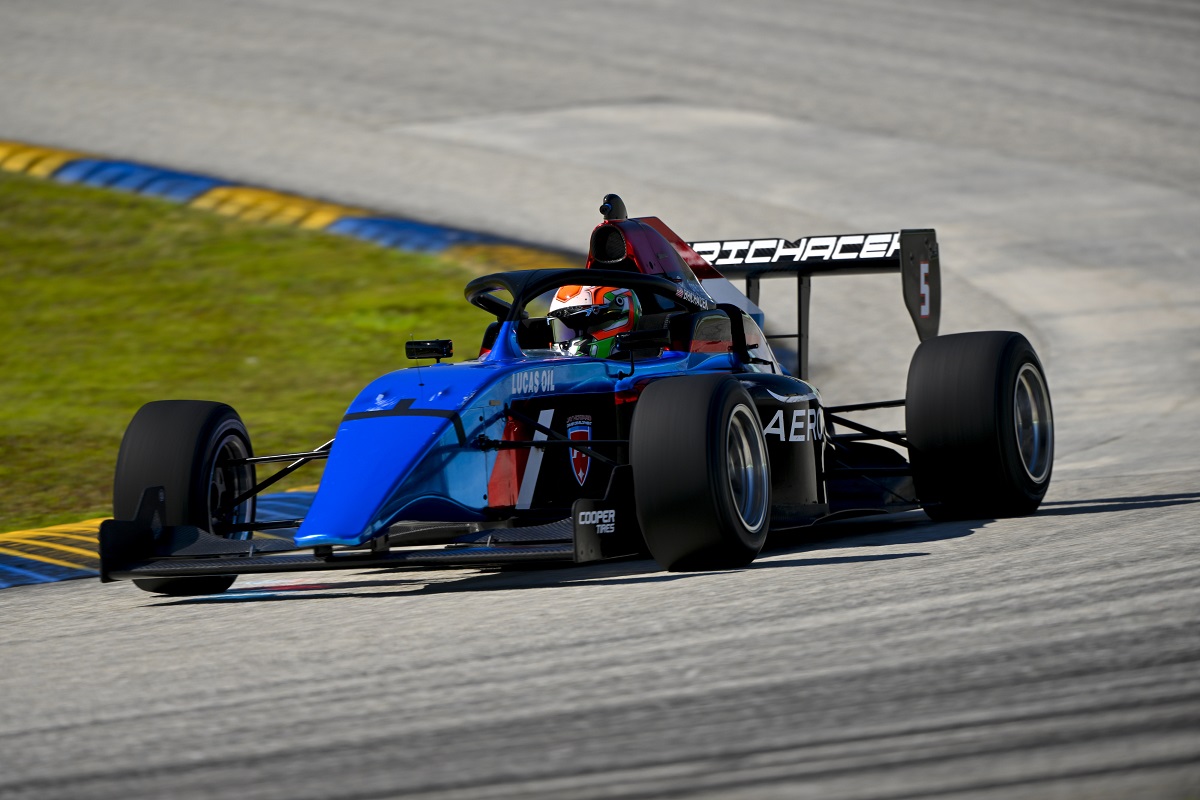 Indy Pro 2000’s pre-season testing took place at the Homestead-Miami Speedway roval this week over two days, and it was Jay Howard Driver Development’s Wyatt Brichacek who set the pace.

Brichacek’s fastest lap came in the first of two on-track sessions on Monday, heading team-mate Braden Eves by 0.145 seconds and Exclusive Autosport’s Louis Foster by 0.160s. It wasn’t just early in the test that drivers were setting their personal bests, but also at the very start of their runs in the morning session with very few improving after their fourth lap of the day.

Juncos Racing’s Enaam Ahmed only set two laps in total, and consequently he was one of only two drivers to improve in the afternoon although once again he did the least laps of anyone. Foster was fastest this time, but half a second off his morning pace.

Three sessions took place on Tuesday, and Brichacek was fastest again but three tenths slower than on Monday. Eves was 0.141s beind this time, with Juncos Racing’s Reece Gold improving in third place. Several others bettered what they had set the previous day, while Exclusive’s Christian Brooks didn’t get out on track.

Foster was fastest early on in the first of two afternoon sessions, until Ahmed and Eves started disputing first place. Eves ended up on top, 0.068s ahead. However the pace had slowed for everyone on track, and Brichacek and Pabst Racing’s trio of drivers didn’t leave the pits.

There was even less action in the final session, as Foster and team-mate Matt Round-Garrido were the only two to make use of the track in the first half of the 45-minute alloted slot for the IP2000 drivers. Foster went out on a three-lap run early on, set a 1m23.264s, then didn’t move again until the final 20 minutes when he was joined by Round-Garrido and DEForce Racing’s Nolan Siegel.

He lowered the session benchmark to  an unmatchable 1m21.977s, and eventually Kiko Porto became the fourth driver to turn a wheel in the session.