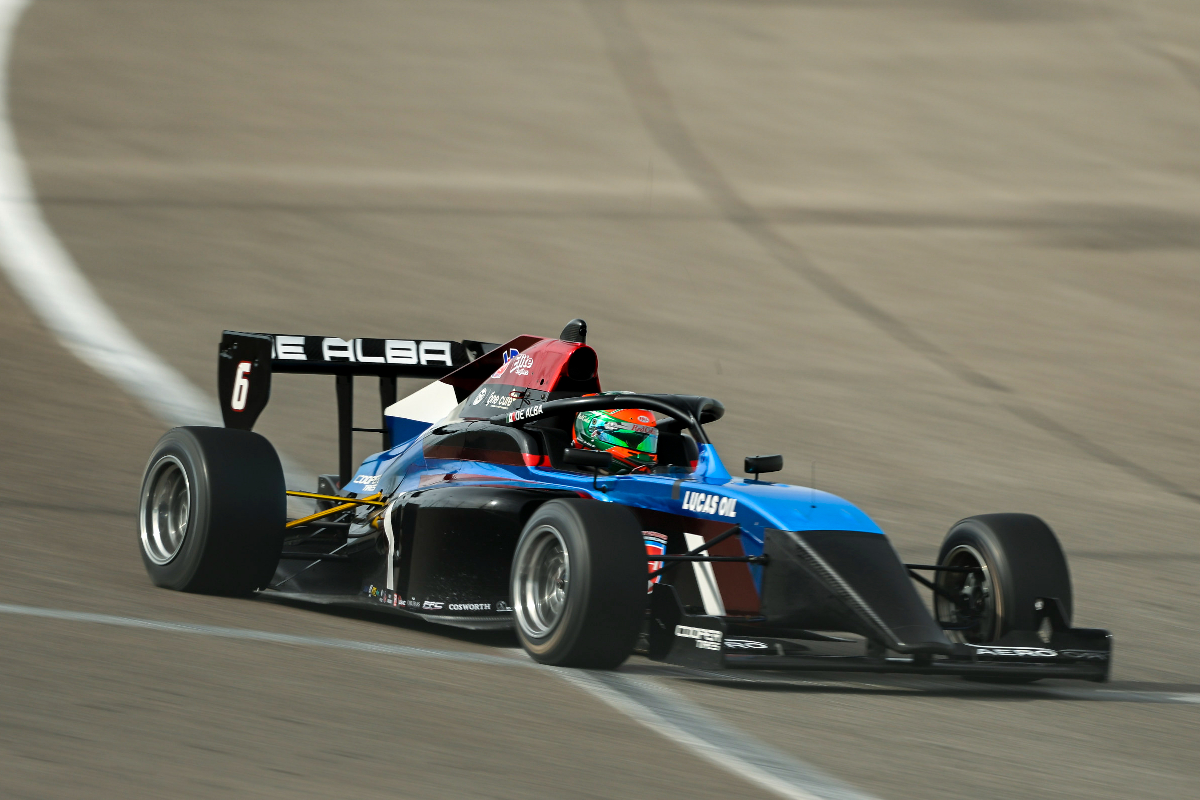 Reigning NASCAR Mexico champion Salvador de Alba is making the switch into single-seater racing this year on the Road to Indy.

The 21-year-old Mexican will race in Indy Pro 2000 for Jay Howard Driver Development, being team-mate to 2021 series runner-up Braden Eves and Wyatt Brichacek, having joined the team this week for the pre-season Spring Training test.

De Alba appeared once in Formula 4 Sudamericana in 2014, then switched to touring and stock car racing in his home country and made it to the top level of NASCAR there in 2017. He claimed his first win in ’18, and was title runner-up in ’19.

“Happy to announce that this year we will participate full time in the Road to Indy in the Indy Pro 2000 category,” said de Alba.

Among the people and partners he thanked for helping land an IP2000 drive was the Sidral Aga racing operation. The Mexican drinks company has an extensive motorsport portfolio within Mexico and supports drivers through karting, touring cars and single-seaters.

De Alba has been one of its ‘factory’ drivers in NASCAR for three years, and before that also won a title for the team in Super Copa Mexico’s single-make Mercedes-Benz touring car championship.

He is likely to have a NASCAR programme of some degree in 2022 alongside his IP2000 commitments, and may also do further single-seater tests elsewhere having conducted private running with Andretti Autosport in an Indy Lights car last summer.

There are two more IP2000 signings expected to be announced before the start of the season in St. Petersburg later this month.