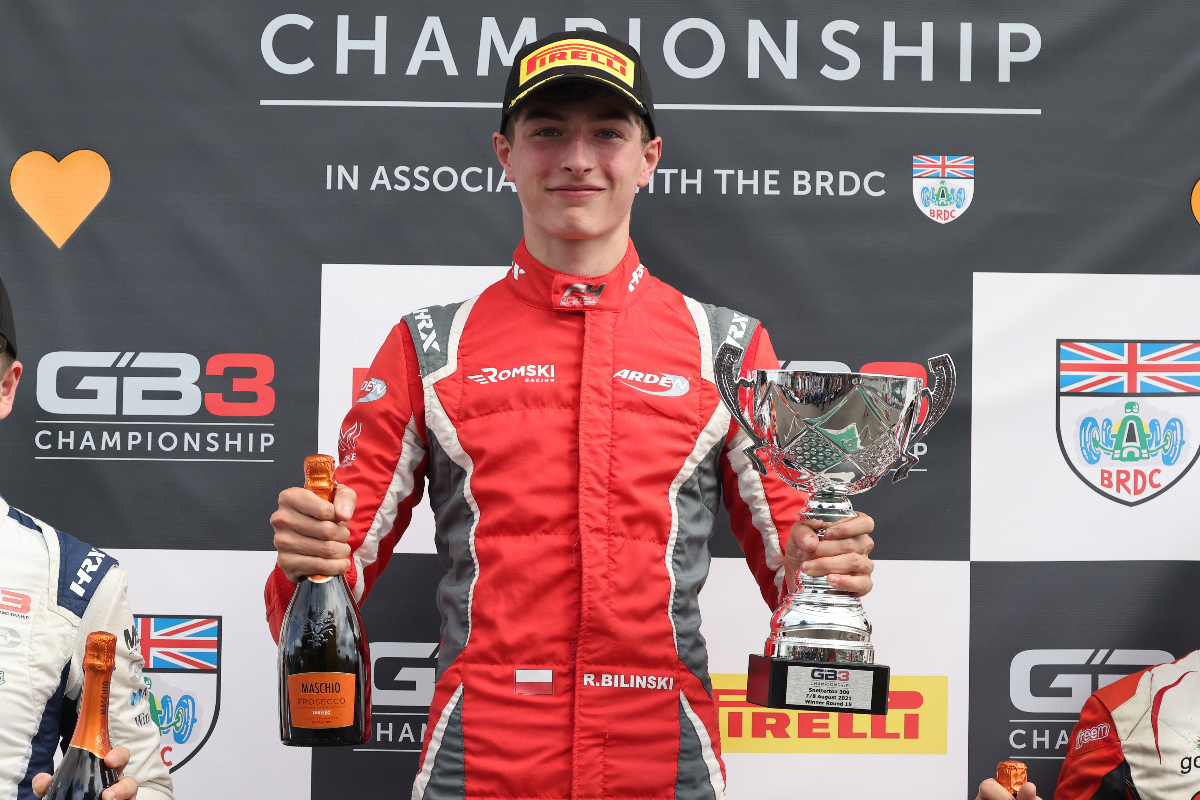 The 17-year-old Anglo-Pole had a breakthrough 2021 after moving into GB3 mid-season with Arden, as he won three races and came seventh in the standings. He also raced part-time in British Formula 4 for Carlin, and was 17th in the points.

Arden had been his team in British F4 the previous year, when he had come eighth in the championship with three podiums, and followed up his time on the TOCA race weekend bill in Ginetta Junior where amid controversy he also made the podium.

“I am proud to be joining Trident,” said Bilinski, who evaluated several teams during the off-season.

He tested with R-ace GP at the Red Bull Ring and Barcelona, then with Arden at Paul Ricard and ART Grand Prix at Mugello before joining Trident for an open test at Barcelona in late December.

“Testing seemed to be strong with the team so I can’t wait to get started for this season, we will all be working hard together to be best prepared as possible,” he added. “I would like to thank Maurizio Salvadori for giving me this opportunity.”

Salvadori, the owner of Trident and responsible for bringing it into FREC this season after its success in Formula 2 and Formula 3, said: “We had the chance to see Roman in action during the final two days of winter testing, and we immediately realised we had a very passionate and motivated guy in front of us.

“He immediately gained excellent chemistry with the team and the car, showing outstanding adaptation and speed skills. It is with great pleasure that we welcome him to Trident Motorsport, with the mutual goal of achieving some great results together.”