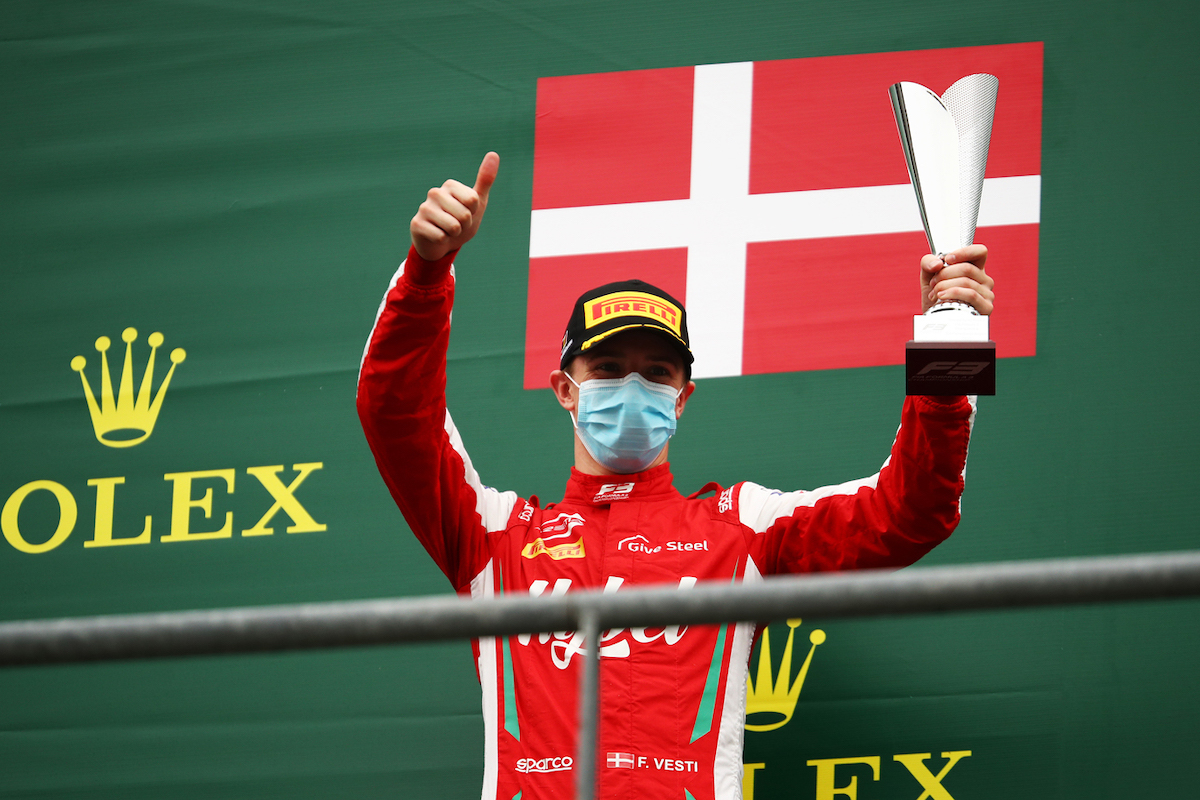 Mercedes-AMG has added Frederik Vesti to its junior programme and placed him with ART Grand Prix for his second season in the FIA Formula 3 Championship.

“I’ve dreamed of being a Mercedes junior and worked so hard for it, for so many years and that motivation has lifted me every single day,” Vesti said.

“To now be working with Mercedes, the best team in the world, is a massive boost for my career and I am really looking forward to building a powerful relationship in the future.

“I admire Mercedes so much for their mentality and their hard-working attitude, which has helped them become so successful. They choose their junior drivers very carefully, so I am really excited to be part of the programme, working with them and developing as a driver. Thank you to Toto and the team for their trust in me and my future.”

“Fred’s commitment and dedication is something we love to see and hugely respect,” said Gwen Lagrue, the head of driver development at Mercedes who mentored Esteban Ocon since karting and signed up George Russell.

“I remember him sending me updates on his debut seasons in single-seaters and letting us know details of his progress, which is something we always appreciate.

“His Formula Regional European Championship in 2019 was impressive and in FIA F3 last year, he was very consistent. We are happy to welcome him into the Mercedes family and look forward to seeing him fight for the title this season in FIA F3.”

Mercedes has strong links with ART GP, placing both Ocon and Russell there for championship-winning campaigns at GP3/F3 level.

In ART GP’s F3 line-up Vesti will team up with fellow second-year driver Alexander Smolyar, who was confirmed to be staying with the team earlier on Tuesday.

Vesti had been on course to remain at Prema for 2021 until his Mercedes deal was signed, at which point the F1 team’s influences led to him moving to ART GP instead and freeing a place at his former team for Olli Caldwell to take.