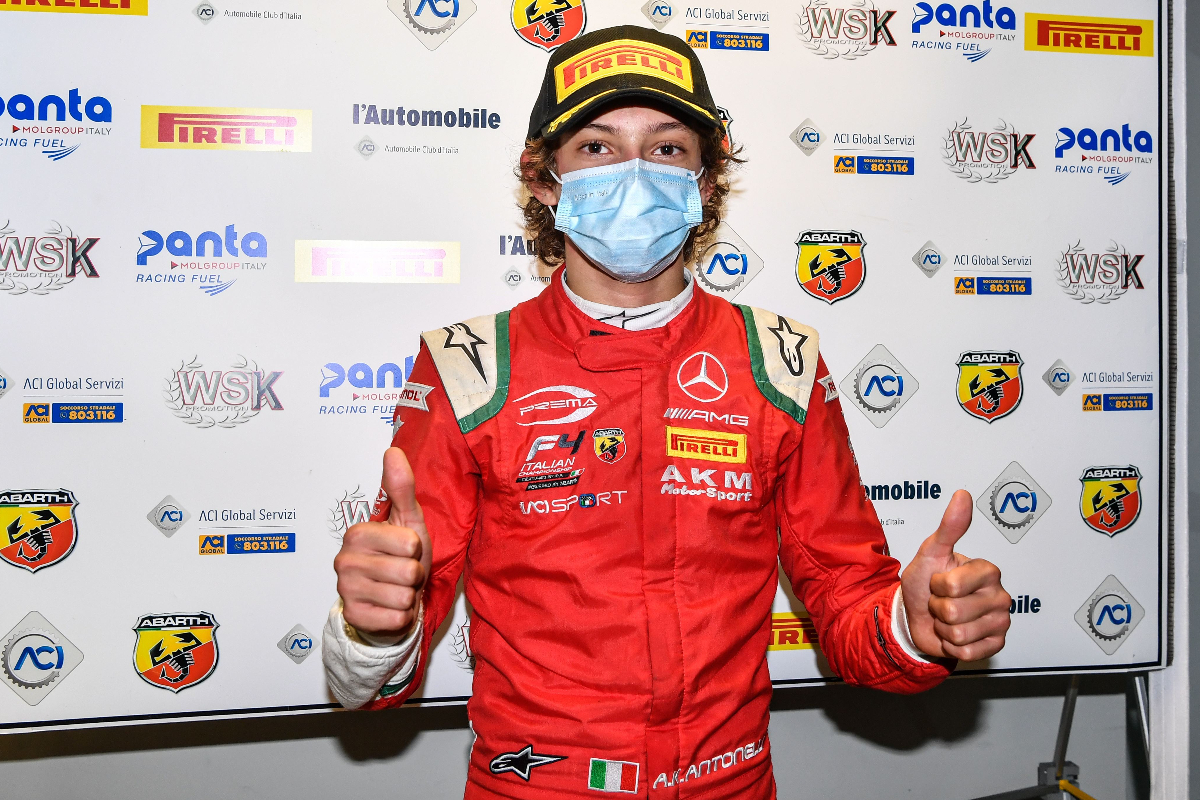 The Vallelunga-based event takes place over a week and pitted a selection of youngsters against each other in Renault Clios and Iron Lynx-run Formula 4 cars as well as conducting physical assessments with Formula Medicine.

The ACI’s Federal School – Italy’s ‘university of motorsport’ – picked four of the six finalists, while the Ferrari Driver Academy picked the other two who were new member Rafael Camara and CIK-FIA World Karting champion Tuukka Taponen.

There were three sessions across the two days of F4 testing, and Antonelli was over a third of a second faster than everyone else in the final session.

Antonelli, who was also part of an FDA scouting camp this year prior to making his single-seater debut with Prema, came 10th in Italian F4 this year despite contesting less than half of the season and also made the transition into shifter karting in style too by coming 15th in the world championship for KZ karts and finishing ninth in a round of the European championship.

He will contest F4 United Arab Emirates this coming winter with Prema, then embark on a full Italian F4 campaign in 2022.

Earlier this week it was announced that there are plans for a second F4 series in Italy next year called Formula Italia.

Gruppo Peroni Race, which is behind various club championships in Italian motorsport, has proposed a series similar to the new-for-2022 GB4 in which it will use the first generation F4 cars from Tatuus that have now been retired by the likes of the ACI-run Italian F4 championship now that they switch to halo-shod second generation chassis.

FItalia will be for drivers aged 16 and above, and will use the same Abarth engine as Italian F4. Its planned six-round calendar, which will include two qualifying sessions and two races at each meeting, visits Misano and Mugello twice and also goes to Monza and Vallelunga. Three championship tests have also been planned but yet to be given dates.

The technical regulations will be the same as Italian F4 had this year and will be frozen until at least the end of 2024.