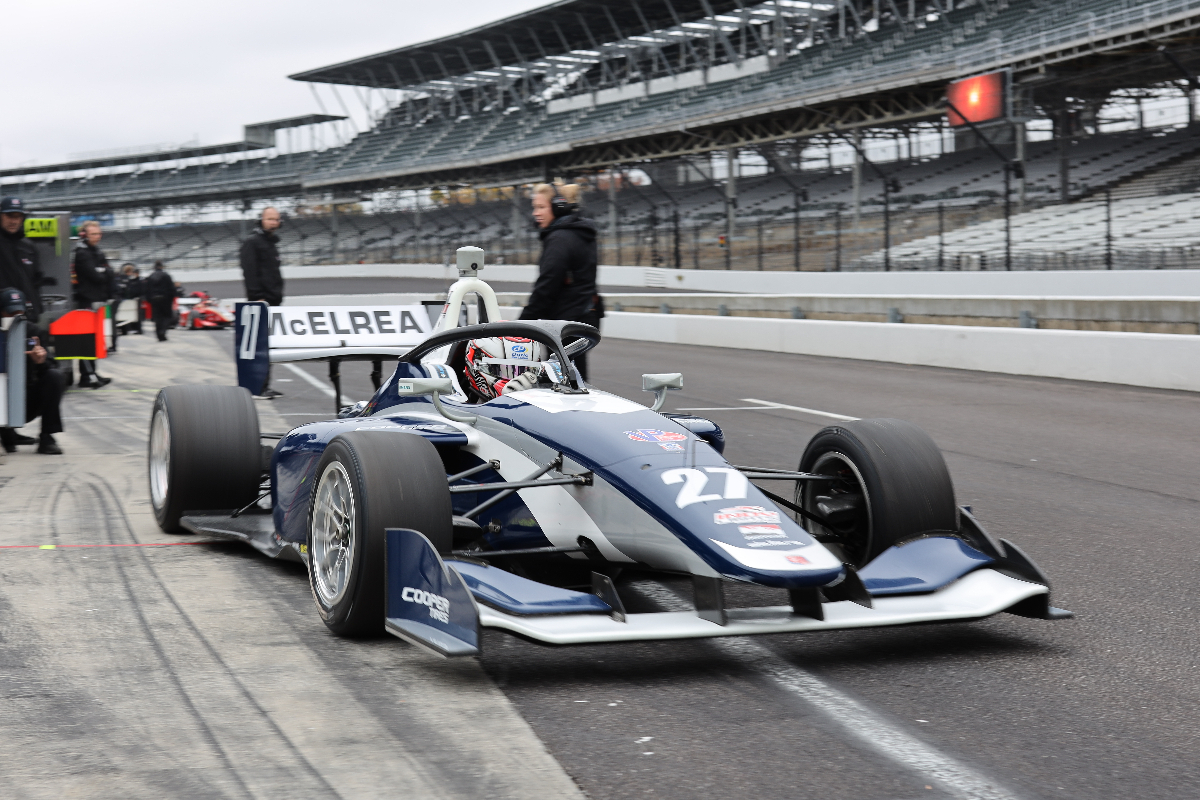 Andretti Autosport has made its second signing for the 2022 Indy Lights season with the arrival of rookie Hunter McElrea.

The Kiwi-American came third in Indy Pro 2000 this year with three wins, following on from his run to fifth in the series in 2020 when he picked up his first race victory.

He got his first taste of Indy Lights in the recent Chris Griffis Test on Indianapolis Motor Speedway’s road course and drove for Andretti alongside his future team-mate Sting Ray Robb, IP2000 rival Christian Rasmussen and Matthew Brabham.

“It is a dream come true for me to join a team like Andretti Autosport,” said McElrea.

“After my first days in an Indy Lights car and working with the team, it’s clear to me why they are one of the world’s most successful race teams. I cannot thank my sponsors, backers and investors enough for making this possible for me and, of course, everyone at Andretti Autosport for welcoming me.

“This is the biggest opportunity I have ever gotten in my racing career to date, and I plan on making the most of it.”

Prior to his two campaigns in IP2000 with Pabst Racing, McElrea won four races in USF2000 with the team in his single season in that championship in 2019. He got into the Road to Indy after winning its $200,000 Shootout the winter before.

“It is with great pleasure that we welcome Hunter to our 2022 Indy Lights program,” Andretti president J-F Thormann said.

“Hunter has been very competitive in his Road to Indy career, and we have high hopes that he can continue that pattern next year for us in Indy Lights.”

There are now five drivers confirmed to be racing in Indy Lights next year, with TJ Speed moving into the series with its Formula Regional Americas champion Kyffin Simpson, Global Racing Group with HMD Motorsports retaining Benjamin Pedersen and IP2000 champion Rasmussen moving up with an as-yet unnamed team in addition to the Andretti duo.