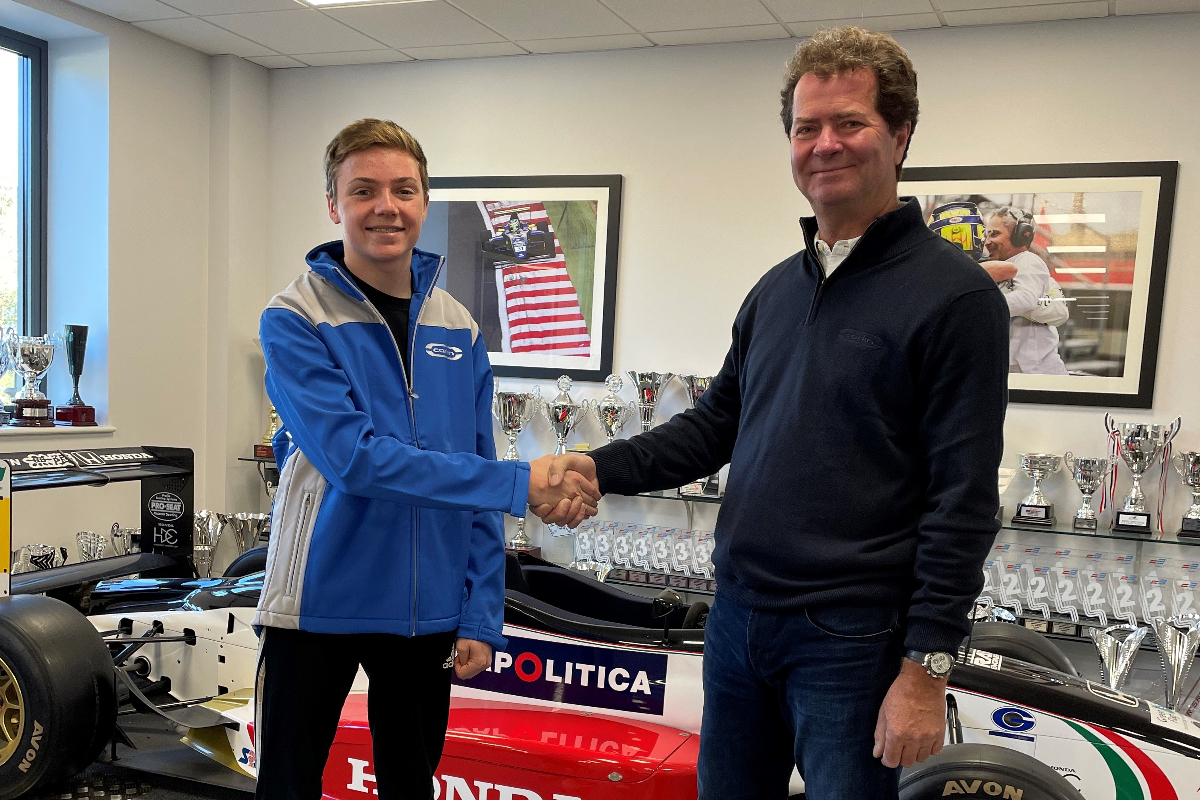 Ginetta Junior star Callum Voisin will head straight to GB3 for his first season in single-seater racing, joining Carlin for 2022.

GB3, nee BRDC British Formula 3, will adopt a new chassis design from Tatuus next year that incorporates the halo cockpit protection device and a side-mounted air intake. Potentially it could lead to increased performance despite the extra weight.

Voisin had a karting career that included fourth place in the British championship for Rotax Minimax karts and seventh place in last year’s Rotax EU Winter Cup in the Junior category before moving to Ginettas this year and winning seven races.

“I am extremely excited to be joining Carlin for the 2022 GB3 Championship, they have impressed me this year with their dominance, and I was blown away by their professionalism when I tested with them,” said Voisin.

“I just want to say thank you to EDGE Sporting Management for putting this deal together with Carlin; I cannot wait to get started.”

EDGE’s chief driver coach is former British Touring Car Championship racer Phil Glew, and in 2017 he helped Enaam Ahmed to the BRDC British F3 title and Jamie Caroline to the British Formula 4 title, both with Carlin.

This week private GB3 testing took place at Silverstone, although other single-seaters were present. Luke Browning was driving one of Hitech GP’s GB3 cars, Frederick Lubin was in one of Carlin’s Dallara 320s, while an unnamed driver wrote off an old GP3 car in a crash.

Carlin was one of the teams fielding GP3 machinery at the track, although it is not confirmed whether it is one of its chassis that were damaged. Voisin is Carlin’s first signing for the 2022 GB3 season.

“We are so pleased to welcome Callum to the team,” said its team principal Trevor Carlin.

“We’ve watched him race over the course of the 2021 season and been impressed with his driving and his general attitude in the paddock. I have no doubt that Callum will be able to integrate himself well with our GB3 team and hit the ground running over the winter test season and when the championship begins next year.”