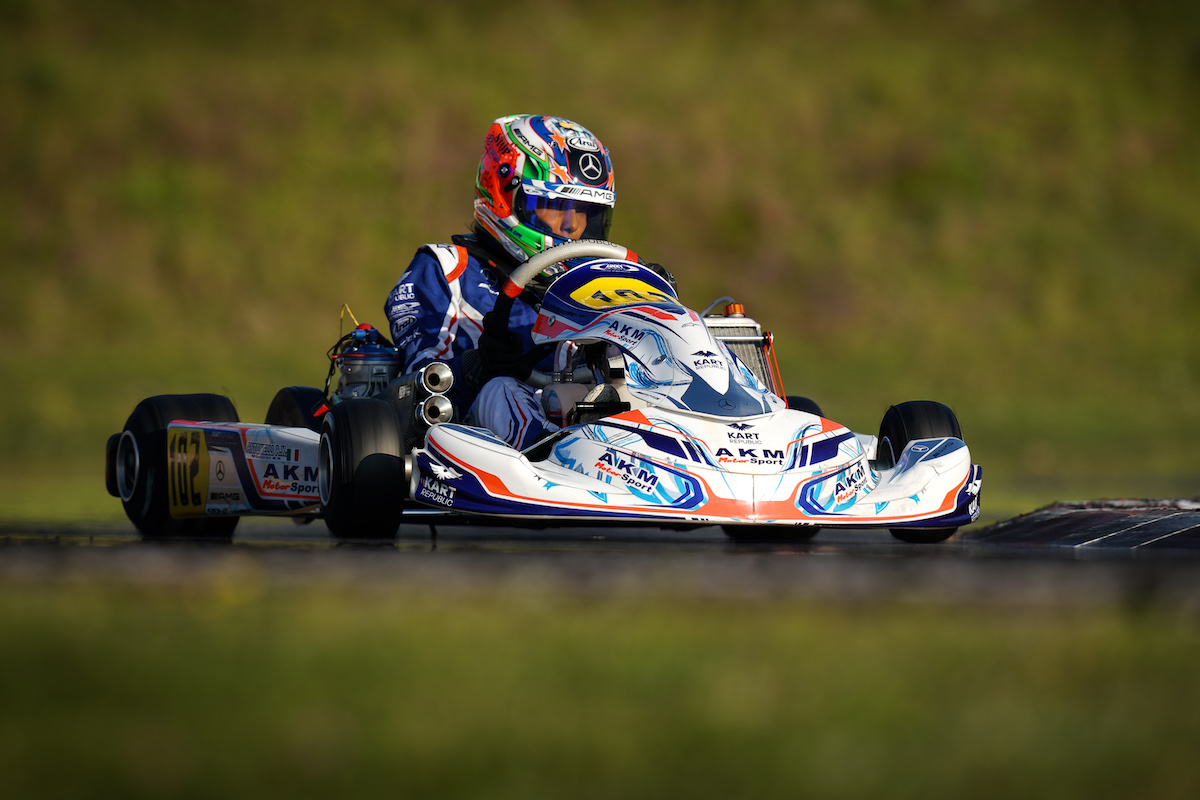 Highly-rated Mercedes Formula 1 protege Andrea Kimi Antonelli broke a leg and foot in a crash during the final of the World Karting Championship on Sunday.

The 14-year-old Italian was diagnosed with a broken left tibia and metatarsus after the incident which red-flagged the OK category final at Portimao on lap two.

While the crash was not shown on the live broadcast of the race, it is understood that Antonelli hit the kart of Maya Weug, who had spun in wet conditions. Weug, one of four finalists in the FIA Girls on Track Rising Stars competition, was thrown from her kart in the impact but was unhurt.

Antonelli has been supported by Mercedes since 2018 when he was competing in the Mini class. In 2019 he won the WSK Euro Series and Super Master Series titles in OK Junior, and also placed second in the European championship and fifth in the world championship. After stepping up to the senior OK class for this season, he claimed the European title in September as well as the WSK Euro Series.

He is known to have already tested single-seaters with AKM Motorsport, the Italian F4 team run by his father’s Antonelli Motorsport outfit in collaboration with Kart Republic. He will not be eligible to compete in the major F4 series until after his 15th birthday in August 2021.

Once the race was restarted, the OK world title was won by 19-year-old Callum Bradshaw ahead of Joe Turney, who contested a part-season in British F4 last season. The 2016 world champion Pedro Hiltbrand completed a 1-2-3 for Tony Kart.

Taylor Barnard, who recently made his single-seater debut in Italian F4, finished fifth after claiming pole position. Spaniard Pepe Marti was the leading rookie in seventh.

Twelve-year-old Freddie Slater won the OK Junior final for Ricky Flynn Motorsport by just 0.075 seconds after a thrilling fight with fellow Briton Arvid Lindblad, who was later demoted to fifth by a penalty.