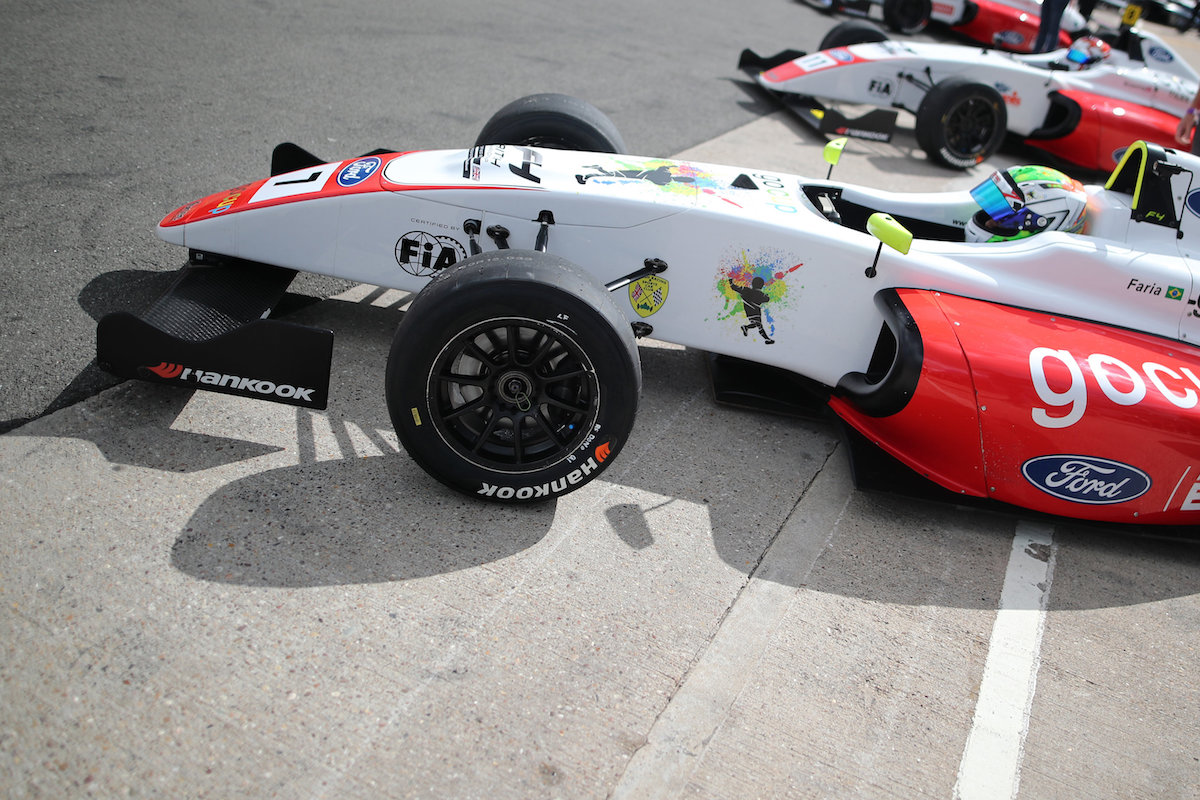 Fortec Motorsport will have Roberto Faria return to its line-up for the British Formula 4 finale at Brands Hatch’s Indy circuit as it fights for both the drivers’ and teams’ championships.

Faria raced in the series with Fortec through 2019 and the first half of 2020 before switching to BRDC British Formula 3 mid-season with the same outfit.

In F4, he achieved a pole position and a podium in the season-opening round at Donington, while in F3 he took a second place in the season-concluding race at Silverstone on Sunday.

Faria will be Fortec’s second entry for the weekend alongside championship contender Luke Browning, with regular driver Rafael Villagomez to prioritise the French Formula 4 finale at Paul Ricard.

“I’m really pleased to be back on the British F4 grid with Fortec Motorsport for the final round of the 2020 season this weekend,” said Faria.

“The team have a fantastic opportunity to secure the teams’ championship this weekend, and I’m looking forward to playing a part in helping to bring that home.

“Luke also has a great chance of winning the overall championship, so fingers crossed, it should be a great weekend.”

Team manager Oliver Dutton said: “It was an absolute no-brainer to put Roberto back in the car for the season finale.

“He’s a proven front-runner and will provide really useful back-up for Luke, and for our teams’ championship title bid.

“Brands Hatch has been one of his strongest circuits in the past, and he’s arriving on a high after some excellent results in British F3 recently, so hopefully that momentum carries across and it’s a weekend to remember for the team.”

Fortec sits 28 points behind Carlin going into the title decider, while Browning is level on points with Carlin’s Zak O’Sullivan in the drivers’ standings.