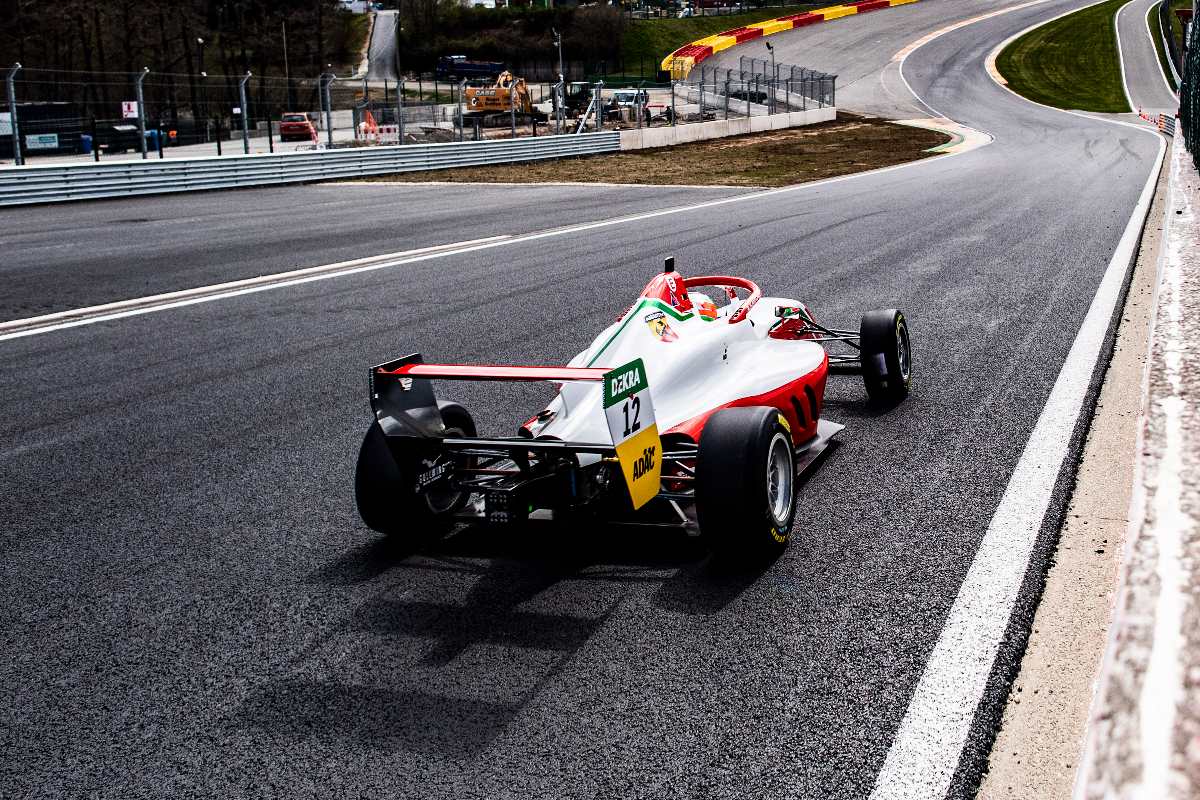 Andrea Kimi Antonelli secured pole position for the first two ADAC Formula 4 races of the weekend at Spa-Francorchamps with the fastest time in each of Friday’s two qualifying sessions.

He will start alongside his Prema team-mates Rafael Camara and Charlie Wurz in races one and two repsectivelt.

Antonelli and Camara traded fastest sector times in qualifying for race one, before the Mercedes-AMG Formula 1 junior ultimately asserted himself over his Ferrari-backed rival by 0.210 seconds at the chequered flag.

An excellent lap from US Racing’s F4 sophomore Marcus Amand put him third in Q1 to split the Prema quintet.

Charlie Wurz, James Wharton and Conrad Laursen will start from positions four, five and six in race one for Prema, ahead of the trio of drivers from PHM Racing who be entering the recently established German team’s first race in ADAC F4.

Of that three, Taylor Barnard maintained his strong form from free practice to beat his team-mates Nikita Bedrin and Jonas Ried.

The first competitors on track were Michael Sauter and Chris Rosenkranz and enjoyed a brief moment of glory, trading fastest times in the first half of the session before being rapidly demoted as the faster drivers got up to speed.

In the second 15-minute session, Antonelli moved to the front of the pack on his third lap, before going even faster on the subsequent tour to set a 2m22.295s, almost 0.5s faster than Wurz’s best.

Laursen was third ahead of Camara, who had a lap faster than Laursen’s deleted for exceeding track limits at turn 19.

Having not completed a single lap in Q1, US Racing’s Kacper Sztuka came through to take an excellent fifth in Q2 to be the fastest non-Prema driver.

Team-mate Amand was unable to repeat his Q1 performance, although he had set the fastest time in sector one on his final lap prior to yellow flags at Les Fagnes that meant he was unable to improve on sixth place.

Nikhil Bohra in the third US Racing entry showed strongly to qualify seventh ahead of Wharton.