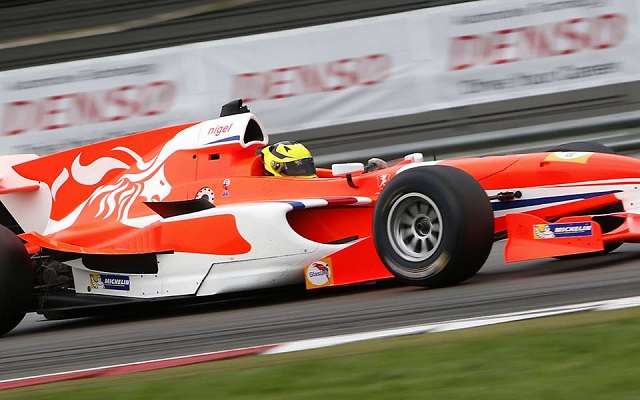 Formula Acceleration 1 points leader Nigel Melker edged closer to the championship title with victory in the first race of the Assen round.

Melker started the race from pole and held the lead ahead of front row starter Dani Clos before doing his mandatory stop on lap 11.

Clos, who recorded the fastest lap of the race in the beginning, looked to gain an advantage by stopping later, but had a slow visit to the pits and ended up falling down the order.

As such, Melker was in the clear to cruise to his fourth win of the year, picking up the full 20 points.

The later stop strategy worked out for Sergio Campana, who rejoined in second behind Melker. The Italian held on to P2 until the end of the race, finishing a second ahead of Slovakian Richard Gonda in third.

Nathanael Berthon picked up fourth narrowly ahead of Clos, as Jeroen Mul, who ran in third early on, had to settle for sixth.

Sebastian Balthasar and Kevin Kleveros completed the list of the lead-lap finishers.

With Mirko Bortolotti absent from the final round, Melker is set to be crowned champion in the second race of the weekend regardless of the outcome.